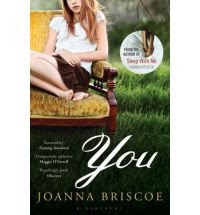 They were there at the entrance to my local shopping plaza, sitting/standing in front of an ATM. They were knowingly causing maximum inconvenience to anyone game enough to run the gauntlet of their presence to use the machine. There were ten or so – teenage bogans in boganwear. They were of mixed gender, the girls about fourteen or fifteen by the look of them, the lads somewhat more mature. Surely some of them should be elsewhere this midweek day – they all appeared of school age to me. It was apparent though why two weren’t – they were attached to strollers containing toddlers, one of them being the youngest looking girl. She had a fag hanging out of mouth, was running down some f****** c*** at maximum decibels, every second word another expletive – doing so presumably for the entertainment of the greasily acne-faced males in her presence, but also ensuring any passer-by (me) would not miss out. To use the parlance of a few of my clients during my teaching days, she appeared a total skank. She was totally oblivious to her red-faced offspring, bellowing for all he/she was worth – obviously in some form of discomfort. The other ‘mother’, a slightly older, larger lass had her enfant quite contentedly sucking on a dummy. In sum, many with faces par-hidden by hoodies, this collection were not the best youthful products of our local community.

Am I too quick to judge? For all I am aware the two young ladies may have been ‘looking after’ the children for their mother, or older siblings, inside shopping. But I suspect otherwise. Being a newly minted grandfather, my thoughts focused on the two infants in the untidy gathering. Were their teenage mothers competent to give them the care they required? Did they in turn rely on their own parents to do so for most of the hard yards, most of the time? What were the conditions like in their homes, given their own appearance? I think of my own beautiful, cherished granddaughter cosseted, doted on, and being given the most caring, careful mothering possible. She is continually being presented with the most imaginative stimulation possible in order to give her the optimum start in life. Bringing another human being into the world is such a blessed, but nonetheless daunting, task – were these young ladies up for it?

Contrast these youths with seventeen year old Cecilia, the axis of Briscoe’s engrossing novel, ‘You’. If the sophomore novel is a challenge, then this author has met it superbly. Her narrative of the consequences of a ‘forbidden’ affair rebounds on three generations of a Dartmoor family. Briscoe takes us from the alternative, hippified seventies to the present time’s more stringent, yet conversely, more liberal times. Depending on one’s point of view, both are on show here. When we first meet our teenage ‘heroine’ she is in attendance at a school befitting the times. Her mother, Dora, is a sometime teacher at the establishment, insisting her daughter be ‘educated’ there, despite Cecelia’s desire to be somewhere ‘normal’. Enter Mr Dahl, brought in to give the place a semblance of academic rigor, and for the first time Cecilia sits up and takes notice. She begins her extra-curricula relationship with him innocently enough, doing something that no student, female or otherwise, did for me in forty years at the chalk face. She expresses her feelings for him, firstly, in one of the senses of those two words; and then, increasingly, in the other – by quoting passages of the great romantic works of English literature. And being the twit he is, he quotes rejoinders back. This is a recipe for disaster, and sure enough soon married teacher was bonking his student. For besotted, naive Cecilia, the outcome was inevitable

Unlike with the presumed young mothers gathered in my ‘burb’, on birth, Cecilia’s family, operating outside convention, as it was possible to do with ease back then in that era, take it on themselves to find the unwanted one a ‘good’ home. As an adult Cecilia returns to her old stomping ground with an agenda. She confronts Dora, now suffering terminal cancer, about her actions way back when, in an effort to trace her lost daughter. Then she discovers that the drippily insidious Mr Dahl is still plying his trade locally.

Dora, tenuously attached throughout to a vague, pottering, potty hubby, to add spice, is intermittently romantically attached to a Dahl of her own – Elizabeth – the teacher’s wife. For this reader Elizabeth Dahl proved to be as intriguing a character as she was to Dora, and Briscoe’s best creation.

The third generation is represented by Izzie, Cecilia’s adopted daughter – she has other biological offspring. Who is the enigmatic older boy prowling around the moorland home, before inveigling his way into Izzie’s bed? Most deliciously curious!

This is a meaty book. I loved getting my teeth into it and loved the feistiness of the Briscoe women. Its ending is a pearler. All is not as it seems – and our astute author is not overly tidy in bringing it all together either – when is life ever tidy? She allows some wriggle room for the reader to ponder. ‘You’ is excellent, and I recommend YOU read it.

Well, I hope that life has some tidiness, some love and more than a tad of hope for the two little tykes outside the shopping plaza that autumn day. I have no wish for the world to go back to the ‘Call the Midwife’ days of yore but, gee, I worry for them and those of their ilk!