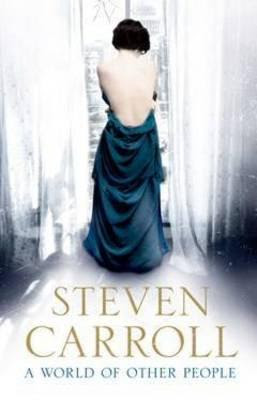 Sometimes I just hate books and book writers – I really do. Those who know me may be aghast at this confession of abhorrence given my track record as a reader, but matters will become clearer as you read on!

Hell, I read the reviews in the weekend broadsheets and time and time again I encounter something right up my alley – then I remember that huge pile that sits awaiting beside my bed – not to mention the shelves full languishing back up north in Burnie. So I hate books when it means I have to think more than twice about adding another one to that pile.

I hate books when I meander innocently into one of my favourite bookshops – say Fullers, the State Cinema or, when in Melbourne, the St Kilda/Carlton Readings. Usually within five minutes I espy half a dozen or so tomes that would certainly be worth the dough to buy and read – that is, until I remember, yes, that pile beside the bed. The other day, just inside the door of the first establishment listed, I spotted a copy of ‘Flappers: Six Women of a Dangerous Generation’ by Judith Mackrell and it immediately piqued my interest. Of course that gilded age is all the rage at the minute because of a certain film doing the rounds, and though I was sorely tempted I – you guessed it – remembered that pile. As it is, I am currently reading of one of those dangerous women, Scott Fitzgerald’s missus in ‘Zelda’, a fictionalized account by Therese Anne Fowler. Another of the Jazz Age six is the subject of a novel that sits near the top of said pile – ‘The Last Nude’ (Ellis Avery) on the life and times of the remarkable artist Tamara de Lempicka. So the volume was placed back in its spot and I wandered deeper into the emporium of books to see what else would tempt me – plenty, as it turns out, but I refrained.

Now the main reason for those piles, up north and down by the river, was because, in my final year of teaching, I stockpiled. I was fearful that my years of retirement would be chastened by impecuniousness, thus I’d need a goodly number of tomes to be ‘going on with’. It has since turned out that life post sixty isn’t as straightened as initially feared, but that doesn’t diminish the pile.

After reading Steven Carroll’s ‘A World of Other People’ there is another title that I now wished I had chased up and purchased - Lara Feigel’s ‘The Love-charm of Bombs: Restless Lives in the Second World War’. You see this tome is a factual account of the lives of prominent literary figures during the London Blitz. Amongst those luminaries was TS Eliot – he of ‘The Wasteland’ and ‘Cats’ fame. I remember studying the former during my matriculation years, understanding very little of it, but still feeling it was ‘awesome’ - the work of a far superior mind to that of a callow provincial youth. And it is the one and same great man who features in ‘The World of Other People’. He is at first no literary behemoth, merely a roof-top warden, spotting fires around war torn Covent Garden. Carroll’s publication is loosely based around a poem from his celebrated ‘Four Quartets’ – his ‘flaming phoenix’ now taking the form of a crash landed Wellington bomber. Eliot’s fellow spotter is an ‘engaged’ young woman, Iris. In a state of co-incidence she later encounters the pilot of that plane, a clearly disturbed Australian airman, in a London park. Despite his damaged persona, she commits to a very truncated affair – truncated (spoiler alert) due to his sad and early demise. His is not the sort of death usually associated with Bomber Command.

It is a pretty simple tale really, and there’s the rub. Pared back to its bare bones, there is not much more than a short story in it – a novella at most. And now comes the reason I hate writers – or, at least, writers of Carroll’s calibre.

Despite the joy I receive from producing my own scribblings, I could not possibly, even with enough years given back to me, match the expertise of wordsmithery that Carroll produces in this resonating publication. Out from a very simple storyline he has crafted a work of rare class; one where beauty lies within his expertise with language rather than the narrative alone. He is able to layer and layer to weave a luminous, gossamer web of delight – heartbreakingly poignant in its depiction of the waste that is war.


The short time the two lovers have together is intensely handled. He also fills Iris’ decision to reluctantly part with the Aussie pilot to the brim with a sense of the waste of it all. There’s that word again – ‘waste’. They have but one window of time for reconciliation, but that is so gut-wrenchingly taken from them by something so simple, but so cruel, that any reader with a modicum of soul knows she/he is under the spell of a master.
Despite the comparison, I fully intend to plod on with my ruminations and attempts at fiction with the wonderful encouragement of a cherished daughter and partner. Besides, it keeps me out of mischief. If I wrote less that pile of books would diminish with some alacrity, allowing me to further indulge in binges of book buying. But writing for me brings equal joy to the reading – so my conundrum will remain. 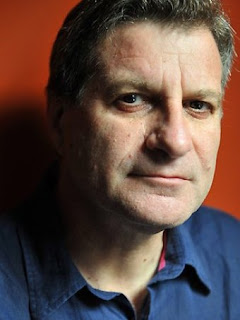 Steven Carroll
Posted by Unknown at 16:36