‘Pops, why has that black man pulled up his jumper and why is he pointing to his tummy?’

I was at the National Sports Museum which, as well as the gladiatorial sporting events held on its vast arena, is one of the attractions of the mighty ‘G. On a grey, miserable Melbourne afternoon it was just the place to while away a couple of hours, engrossed in the legends and legendary encounters of the two sports that have given me so much pleasure, and some heartbreak, over the last fifty odd years. Other physical pastimes that draw large audiences are featured here too, but it is Australian footy and cricket that rock my boat to the exclusion of all others. I was transfixed by the historical displays, nonetheless of which was a certain blonde spinner giving ‘in person’ a first hand account of ‘that ball’ to an adoring mini-throng. It was great stuff, but I knew through my perusings of my newspaper of choice that there was somewhere within a tribute to the flash of a moment, now thirty years gone, that changed how we as a nation approached a festering issue in our indigenous game. I eventually found the anniversary exhibit – and it was less than I expected – but I was nonetheless moved by the iconic snap, and those unpublicised that bookended it. As I read, an old man shuffled over, holding the hand of a young lad, aged six or seven years I would guess – too young to remember, but not too young to know. The little fellow observed the images, pondered and then posed. This is how his grandfather responded:-
‘You see, my boy, some buffoons in the crowd that day were giving him a hard time, saying nasty words, because he was Aboriginal. Back then not too many black men were playing the game, and he was replying to those silly folk by pointing at his skin, meaning just how proud he was to be that colour – as he should be.’

The boy nodded his head. He understood and he’ll remember.

A tribal elder – that old man on that grey day - was here passing down all the good that had come from that single photograph, doing so in a way that was simple, but still powerful. As with the elderly sage, Winmar, on that day long gone, also said it simply and effectively – a quietly proud man who was standing his ground. He did not realise the import of his stance, but that photographer did, together with his prescient editor.

I’d come to Melbourne for sport and art, but as well as SOG played the next evening in a losing cause, and as glorious as the art of other times was at Old Bearbrass’ great galleries, sometimes it is the little moments that stay in the memory. The aforementioned overheard question and answer is one such. Why, there is a prominent cartoonist of that city who has made, for himself, a healthy career earwigging the conversations of others.

I didn’t choose the marquee games of the round to attend on my return, after a decade or so, to viewing AFL football live. My stress levels would not have handled the Hawks/Blues clash as evidenced by the fact it turned out to be another ‘Friday night classic.’ Later Richmond showed its new found maturity by easily accounting for 2012 pretenders Adelaide. No, instead I chose lesser attractions. Firstly there was Essendon v the Gold Coast. I have been impressed with the way the Bombers have overcome an extreme adversity that would have seen a less committed group go under. But for me the attraction of that match was SOG – Son of God. Gary Ablett Jr is the offspring of a man whose prodigious gifts were freakish. Mix the best of Baldock, Daicos, as well as Rioli and still the combination would not match his feats, for these giants of the game are mortal. As the great Cat’s moniker suggests, his abilities were out of this world, possibly never to be equaled. Whereas ‘God’ was quicksilver, ‘Junior’ is gold – all zip, weave and run, run, run. On the night his team rarely looked like seriously challenging, but with his skull glistening he was still mercurial 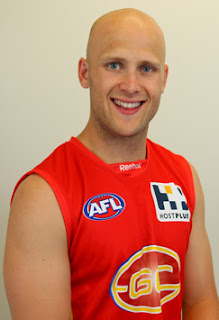 The following evening I was keen to see another player whose silky skills have graced our game for a decade or more. Bob Murphy is nearing the end of his journey. He could have finished up in a team that was a contender, but chose to remain loyal to his beloved Doggies. The boys from the west were no match for a slick – at least in the first half – Collingwood outfit, and Murphy glided in and out of the game enough for me to be well satisfied. I suspect he’ll continue on with his writing, another factor that attracts me to him. For my money he will become his generation’s Martin Flanagan – and I can pay him no greater compliment than that. Over the two nights there were impressive solo cameos from Patrick Ryder and Travis Cloke – so I received my outlay’s worth despite disparity in the scores.

I have made it a rule to take in a movie at the venerable Kino each trip to the city on the brown river. Last time it was Amour, a film that filled me with cumulative sorrow. This time I viewed something entirely different, albeit still French, at the ‘Paris End' of Collins Street’s signature cinema. ‘Happiness Never Comes Alive’ filled my heart with joy and gave me a spring in my step after leaving. Sophie Marceau lit up the screen with the same luminosity as Jennifer Lawrence in the sublime ‘Silver Linings Playbook’. Gad Elmaleh, as her love interest, proved the perfect Gallic foil for her. Sacha (Elmaleh) has a flat bursting with naked young females at his beck and call, but as soon as he espies twice spurned mother of three Charlotte (Marceau), he is smitten senseless. She turns his world upside down. He eschews hedonism to try and fit into her busy, confused life. The scene where a child-phobic Sasha attempts to put her youngest (an infant Philip Seymour Hoffman doppelganger) to bed is worth the admission price alone and had me in fits. It is a film of music, Casablanca (the movie), Paris (the city) and kooky dancing. It is delightful French froth and will be one of my year’s best. 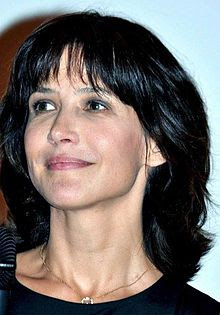 Of course the part of Collins Street containing the Kino is widely known as the Paris end, and I was amazed on my way to see Marceau et al that the dozen or so palaces of retail excess I passed had not one single customer – not one. Behind their counters numerous alabaster assistants stood stock-still to attention. When I returned after my screening, several hours later, it was the same situation. I felt for those girls. Obviously one conducts oneself with the utmost of discipline when gifted with positions of august significance in names such as Chanel, Prada, Louis Vuitton, Emporio Armani, Tiffany & Co, Bvlgari, Giorgio Armani, Ralph Lauren and so on. They were all rooted to the spot, mute with still not one customer – not one!

The French theme continued with the art I had left my island in the southern seas to examine. There was ‘Monet’s Garden’ at the NGV St Kilda Road. It was as gorgeous as I remembered from way back in another life when I first visited his Givenchy works at Paris’ Musée de l'Orangerie, the home of the great Impressionist’s water lily panels. Forty years on I refreshed my memories under antipodean skies. This exhibition culminated with a moving picture diorama of a day in the life of Monet’s garden. I relaxed in a comfy settee, watched and contemplated a possible but improbable addition to my bucket list - that being a spring day at the same location with my camera. The peaceful reverie for myself and several others similarly blissing out was rudely interrupted by the arrival of a matronly patron. She chose the venue of quietude to regale her friend, and others unfortunate enough to be within a wide radius of her, with the recent ‘amazing’ happenings in her own existence. I reluctantly moved on to see what the souvenir shop had to offer -  had it not have been for her I, like those poor shop assistants on Collins, would have remained rooted to that spot for hours, only happily so. 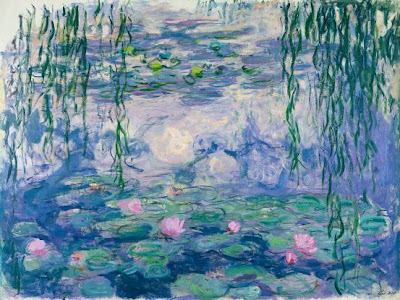 On this winter masterpiece’s coat tails was the showing up the road, at the NGV Fed Square, of ‘Australian Impressionists in France.’ This displayed glowing works by our expatriate artists who, around the turn of last century, decided to make their homes, temporarily or otherwise, in the city of light, as well as other French locales.  They were headed by John Russell, E.Phillips Fox, Charles Conder, Rupert Bunny and Hilda Rix. Their works do not match Monet in international reputation, but they do not stack up too badly either. 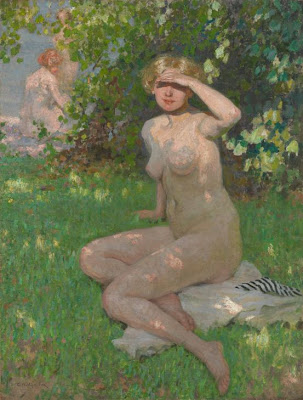 E Phillips Fox - The Bathers
My son recommended the Hollywood Costumes at the nearby ACMI building. He was right – it wowed the cinephile in me. Another highlight was ‘discovering’ Zetta Florence on Rue Brunswick. For a person who adores paper products I was somewhere between heaven and hell – the glorious cards, gift wrapping and journals – and the pure cruelty for this parsimonious by necessity punter. 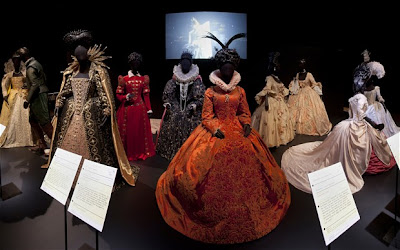 Throughout my weekend away I missed my lovely lady, but I wasn’t entirely on my tod. I also had the great company of Brother James at the Monet and friend Graeme for the footy. The former took me to eatery ‘Bread and Butter’, at Camberwell Junction, where we dined heartily on home made salmon patties with special accompaniments. A fine marinated beef salad at ‘Grasshoppers Feast’ (The Causeway, Bourke Street Mall) was a fine farewell to this latest time in Yarra city.

What else? Well there was the impromptu performance of dancing and high pitched singing I witnessed early Monday morning at a tram stop on Swanston. The emitter of the not so dulcet yelps was a small, bald man with ear-pieces embedded. He was either not the ‘full shilling’, or just simply alive with the joyous prospect of another working week.

And then there were the smiles. Melbourne is always full of smiles to float me into appreciative candour. There was the stunningly vibrant young lady at ‘Aero Design Plus’, Collins Place, where I spent some time vaguely shopping whilst I awaited my movie. I was so smitten by her delightful chatter that I purchased a gift for my precious granddaughter. There was the young miss who rattled a can at me on my way to Etihad, on behalf of the Robert Rose Foundation, whose charming grin and twinkling eyes lit up the night sky. I had no choice but to divest myself of some change. Then there was the greeting girl ushering me in to the Hollywood costumes. Her smile was as glittering as some of the sequined gowns on display downstairs in faux-tinsel town. Finally there was the beautiful coffee coloured tot, dressed head to toe in pink, who enchanted a full No96 tram carriage. Nursed by her stunning, also coffee hued, mother, the little one burbled, chortled and smiled with the thrill of a winter’s day adventure out and about. She’d be the same vintage as Tessa Tyger, my cherished granddaughter – also a known charmer, whose own smiles light up my existence. At one stage this Melburnian tiny cherub opened up her arms as if embracing her enthralled audience and enclosing them with her own zest and vim for the wonder of the world. Her performance undoubtedly made their day. It made mine.

And the Hawks beat the Blues – Melbourne weekends do not come much better!
Posted by Unknown at 22:30