A Blue Room Book Review - Louise Doughty – Whatever You Love 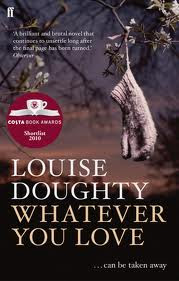 Sex. I think Louise Doughty has a problem with sex. Not in the real world I hasten to add. Judging from the author’s image presented in ‘Whatever You Love,’ she appears as an attractive woman of a certain age perfectly at ease with herself in her world – if you can judge anything from a photo. No, I am referring to her writing of it in this title. Otherwise she is a creditably gifted writer whom I first cottoned onto with ‘Crazy Paving’, her first published offering and one I enjoyed. ‘Dance with Me’ was less successful. She is not, for me, a must buy – although, I must admit, her new publication, ‘Apple Tree Yard’ is tempting me with its back cover blurb. She is one for me to pick up if to be found in a remainder bin – as was the case here - or cheap online.

Now about the sex. Fairly early in the piece we’re confronted with Doughty’s prose turning to something quite over heated when she comes to describe the heroine’s first sexual encounters with David. He’s somewhat of an ‘out there’ character who is destined to become her husband and father of her children. Up to this point her writing had been admirably restrained recounting a horrific happening that is the nub of the tome, but once sex is added it becomes, I would imagine, what is to found in something like ‘Fifty Shades…’. It seemed for a while I was reading another author entirely. Maybe it was a deliberate device, but it did not sit well. Hubby later trades Laura in for a younger model, a seriously deranged Chloe – and as for Chloe’s mother – just don’t go there. In truth, our heroine is behaving pretty oddly herself as well – but why wouldn’t she? She has just lost a daughter to a wayward driver, and takes to wandering about on cliff tops with a big knife – cliffs being symbolic of something in the book as there are some hairy moments spent on their edges. We discover Laura may or may not have been also responsible for Chloe’s final mysterious act.

Sex raises a much uglier head again in a totally improbable climax to this tale of sadness, loss and tough-love. I am not going to give the game away – this far-more-than- remainder-bin quality effort is probably available, at an inexpensive price, at a bookshop somewhere near you. Read it to see if you feel there is any logic to the despicable sexual act Laura imposes on her ‘victim’. But then, I am male, with thanks being to She up in the sky that my two beloved made it to adulthood – so what would I know?

If I seem somewhat flippantly dismissive of this book then I have created a wrong impression. I am not reflecting on the whole book, which is well within the bounds of believability; it’s just the ‘sexy’ bits let it down. The author effectively leads us along the ‘what will she do next’ journey in the way we just have to continue reading. We care enough to do that – always the sign of a skilled operator. There was no tossing aside of ‘Whatever You Love.’ She has also assembled a cast of credible, if flawed, persona to present obstacles to our heroine en route to discerning the answers she requires to attain a semblance of peace. You could do far worse for your money than outlay it for this finely honed thriller of sorts – maybe just fast forward the sex! 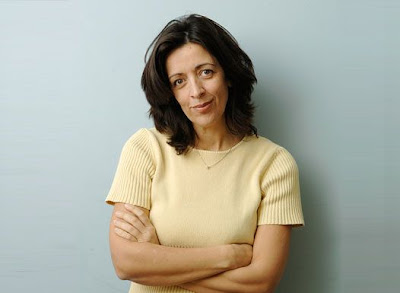