The standout 'sisters' of Indigenous Australia provide some powerful role modelage for all of us in this country, but particularly for our youthful potential glass shatterers of any hue, whether they be urbanites or bushies. This increasingly polyglot nation of ours, vibrant with the input of multiculturalism, and the huge contribution of the First Australians in all facets of our culture, has all combined to help make this land truly the 'lucky country’. We are the envy of all countries who have so wasted their blessings in recent decades, due to greed. Instantly recognisable to all are two of the best who I am particularly fond of – Cathy Freeman and Debra Mailman. My fondness is not as one would expect- for their sporting and acting prowess, but because of the SBS series 'Going Bush'. You see, trying to make my efforts to teach an appreciation of Aboriginality to essentially 'white bread' classes in my monocultural, rural school, this journey of the two urban lasses, due partly to fame, partly to personality, immediately connected with my charges. They loved the wholesome camaraderie of Cathy and Debra, off together on a great adventure to places new to them, and like a foreign country to my 'tweens' in a very moist corner of Tasmania. They were, and we were, introduced to bush tucker, ceremony, glorious dot paintings, and the music. At the end of each viewing my students sang the theme song with joyous gusto. I tacked on the songs of Carmody, Little, Roach and Sultan – the latter a massive hottie my girls agreed – as well as readings from Indigenous authors. This was where I first encountered Ms Heiss, a true crusader for her cause in bringing urban Aboriginality to the masses, a task no doubt made easier by the resounding success of 'Redfern Now'.

It was her poetry that first grabbed me in its potential as a teaching tool – her meanings so clear and pointed and therefore readily accessible to still developing minds. The impression I garnered through her versifying wordsmithery has been reinforced by reading 'Am I Black Enough For You'. Articulate and feisty, Anita stands her ground, strives to convince all of the veracity of her views, and was part of the powerful coterie needed to put the odious Bolt back in his place. She is also quite stunningly beautiful, if an old fella is permitted to comment on that. 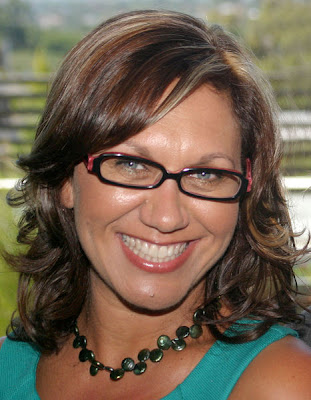 Ms Heiss uses the landmark court case, one that illuminated the racism plainly contained in that lackadaisical journalist's notorious article, to serve as the fulcrum around which her narrative is constructed in this tome. She riffs on her upbringing, the successes she has had in many areas of life, her comradeship with her 'sisters-in-arms', and the state of black/white relationships in these post-millennium years. She looks at the situation of other first peoples in like nations around the globe to illustrate how short of the mark we are in this regard. It's a broad canvas she covers, and there is much in her words to ponder on. There were a few areas where I felt Ms Heiss overplayed her hand a tad, being somewhat light on in commenting on the vast measure of goodwill there is out there from 'thinking' non-indigenous Australians for the situation many of her brethren find themselves in through no fault of their own, whether they reside in city or bush. The blame for it all definitely lies completely elsewhere, outside the bounds of black Australia. Whilst we have the 'red neck' brigade, spurned on by the shock jocks, in our midst, we need more of the ilk of Heiss who, as she did with Bolt, to expose rednecks for what they are - narrow-minded clottish dill brains full of windbaggery. In ninety-nine percent of what you expound here, Ms Heiss, in ‘Am I Black Enough For You’, you are spot on!

Non Aboriginal Australians, from 1788, on have inflicted so much on our first peoples that we are still so lamentably in the red when it comes to the business of 'sorry'. Even so, I was proud for our country when a PM stood up, and from the bottom of his heart, said that word on a glorious day too long in coming. Then a 'liberal' had his say and undid so much of what was so special, so meant, on that day – and the 'redneck brigade was given something more to hang their vile hats on.

I couldn't agree more with Ms Heiss in her views on Australia/Invasion Day. What a circus it is becoming. Once upon a time it hardly mattered as it simply was another day off without given much of a thought to. Now, it seems to me, it has become commandeered by the rednecks, an excuse to get pissed and to piss on any divergent 'coloured' view to what they perceive to be 'patriotic', but in reality is divisive drivel. The day needs the 'steam' taken out of it; it needs to be an inclusive celebration and not one that ostracises the people from who 'terra nullus' was so violently taken, and many who have arrived since who are not wan of complexion.

In the days when I performed my trade as an educator of youngsters we, for many years, looked at possible alternative dates to this day of booze and flag waving hooning – and changing that flag was an issue that formed a part of our discussions as well. The task in this I sat for students was to redesign the flag with an indigenous element – some put in a kangaroo! Anyway it seemed that there were dates that would do a pretty good job of being an alternative to the current siting of our national day, and I put them out there for consideration-
16 August - the day that another PM poured some dirt into the hand of the great Vincent Lingiari, as forever placed into the nation's consciousness by Mervyn Bishop's extraordinary photograph
10 December - the anniversary of Keating's Redfern Address – has there ever been more significant words spoken in our great country​?
29 June - marking the birth of the indefatigable Eddie Mabo, to whom Australians owe so much.

To my mind, if the US can have its Martin Luther King Day, surely one of the above is worth considering, even if not a direct replacement for Australia/Invasion Day.

Another tantalising thought that Ms Heiss comments on is for us to follow other enlightened countries – eg Canada, New Zealand – and have a set number of seats reserved for our first peoples in the national parliament. As recently as this month (February 2013), this very notion was advocated by George Vasilev in a column in 'The Age'. It makes so much sense, but of course there would be the usual unseemly hue and cry of 'preferential treatment' from, you guessed it, the 'redneck brigade'. Surely, after all Indigenous Australians have suffered from the decidedly non-preferential treatment at the hands of the majority's forebears, and still do, it is time to right the balance.

And as if all this is not enough, Anita Heiss also writes chick-lit, but is novel in doing so as she takes it all from an affluent urban Aboriginal perspective. Despite the perceived inappropriateness for an aged male to say so, I like chick lit, and intend seeking out her titles. Also, it is beyond me how she has been unable to be successful in 'Finding Mr Right'. He's out there waiting for you somewhere Anita. For all your championing of rights of others, perhaps it is now the right time to balance it with a little championing of what's right for you. I'll keep my fingers crossed you find him.