Jimmy and Josh – My Sunny Companions

It’s a highway, is A1A. It travels down Florida’s Atlantic seaboard, linking up all the major population centres of that sunshine state. Jimmy has presumably travelled up and down its length all his adult life. I would like to think his introduction to the thoroughfare was when Jerry Jeff Walker, of ‘Mr Bojangles’ fame, took him along it as far south as it went – down to Key West, where together they penned ‘Railroad Lady’. For a while that city at the end of the Keys was as synonymous for being Jimmy’s home as it was for hosting Hemmingway. These days Jimmy flies, piloting his own jet to the appointments of his busy, but not too busy, life.

At 67 I reckon Jimmy is worth squillions. Just one of his enterprises, his franchise restaurants, is constantly expanding and have even reached Oz. One is up and running at Darling Harbour, another set for the Gold Coast. I reckon the latter would be more Jimmy’s sort of place, living as he now does in Florida’s Palm Beach. My DLP (Darling Loving Partner) and I will be visiting Surfers later this year and we hope the eatery will be opened by the time we do. I’ve never seen Jimmy in the flesh, but at least then I can say I’ve eaten at one of his restaurants and had a ‘Cheeseburger in Paradise’. You see Jimmy is all about beaches – always has been, always will be, and there’s some beaut ones along that Mangoland strip. I can’t wait to be visiting them again for the umpteenth time in my life.

Jimmy also does a bit of scribbling in various forms. He writes for big people and little, and has had three New York Times No1 bestsellers. About the only project of his that didn’t go gangbusters was a stage musical, but our Jimmy will never die wondering.

A1A is also the name of Jimmy’s fifth album, regarded as one of his best. It was also my initiation into his world. Why I purchased said way back in the early 70s is now lost in the mists. Maybe I’d read somewhere (Playboy? Time? – I took both back then) about his beach bum persona. Maybe, unusually, a local DJ may have stumbled across a track of his and played it. I say unusually because, apart from ‘Margaritaville’, (also the label applied to his restaurant chain), his songs rarely see the light of day here on commercial radio. Maybe I just liked the look of the album cover – Jimmy under some palms on front, a map of the A1A on reverse. Anyway, all I know is that, after just one listen, I was smitten – I became a ‘parrothead’ for life! I’ve been collecting his music fervently ever since. This laid back, bare footed, summer voiced troubadour of ‘gulf and western’ (his invention) reflected my own love of ‘Beaches, Bars and Ballads’ – the title of one of his box sets. In the US of A Jimmy has been, and still is, huge. He gave up worrying about album sales eons ago. He has no need – it’s his stage show that is the big ticket. Touring the vast arenas of the Americas, he draws hundreds of thousands at every stop – parrotheads ready to party. Here in Oz he has a loyal following too, but here he is best know for falling off a stage last year, taking encores at a Sydney concert. Luckily, one of the city’s best neuro-surgeons - parrotheads come from all walks of life - was seated approximately where the unconscious performer lay – such is the good fortune of Jimmy.

No concert is complete without the BIG 8 – it’s what the punters expect and that’s what they always get – ‘Margaritaville’, ‘Come Monday’, ‘Fins’, ‘Volcano’, ‘A Pirate Looks at Forty’, ‘Cheeseburger in Paradise’, ‘Why Don’t We Get Drunk’ and ‘Changes in Attitude, Changes in Latitude’. Usually, these days, he’ll have a version of his Alan Jackson duet ‘It’s Five O’Clock Somewhere’ to excite the fans, and, if they’re lucky, his classic cover of ‘Brown Eyed Girl’

After years of his recorded works not making a dint on the charts, you could have knocked old Jimmy over with a feather when, in 2004, his ‘License to Chill’ raced to No1 on Billboard, becoming his biggest seller ever. There was life in the old sea dog yet.

A1A also contains ‘A Pirate Looks at Forty’, my personal favourite Jimmy track. When I first heard it, presumably sitting in a small room at a university hall of residence, I could never imagine what it would be like to be so old. Would my life pan out to be something like the pirate’s?
‘…I’ve done a bit of smuggling
I’ve run my share of grass
Made enough money to buy Miami
But I pissed it away so fast
Never meant to last
Never meant to last’
Now, two decades and more past that august age, looking back, my life has been the complete antithesis -  land lubberish, conservative, sober(ish) – but, for the most part, it’s all been very, very lovely – a bit like Jimmy’s, I guess.

For forty plus wonderful years Jimmy Buffett has been my sunny life companion – but now there’s a new kid on the block! 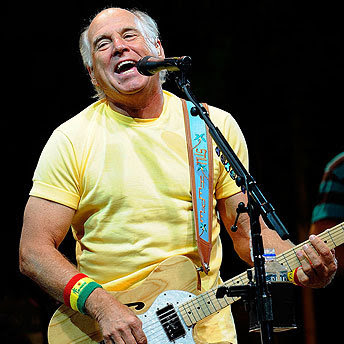 Unlike with Jimmy, I remember exactly how he occurred, this younger sunny companion. You see, I like discovering – movies, authors, painters, photographers – but especially new singers. UK music mags are of great assistance with the latter, particularly ‘Uncut’. I scour its music reviews, and if I espy someone who, within my preferred genres, receives a glowing write-up, I will then Amazon or YouTube for samples of their product. Thus it was back in 2003 youthful Josh must have been on one of my lists of prospective discoveries. One morning, sitting at my desk before school was up and running, I typed his name into the search engine and started another love affair. The first track I listened to was ‘Kathleen’, and I thought to myself, ‘Hmm, there’s potential here’. I went on to the next and was completely taken. Josh hooked, then reeled me in. It was a stomp –
‘Hello blackbird
Hello starling
Winter’s over
Be my darling
It’s been a long time coming
But now the snow is gone’
And that’s what I’ve lived for all these long years on the planet – for the winter to be gone from my little island to a place far, far away.

The song put a ‘Bright Smile’ on my dial as I began to realise this was a finding of some import. When such a revelation occurs, I did my usual. Firstly, I soon became the proud owner of ‘Hello Starling’ via the assistance of eBay, and then linked BTD (Beautiful Talented Daughter) to my new foundling. Of course I didn’t know then what I know now. BTD went on to become an even more fervent fan than I, actually to the extent of seeing Josh strut his oeuvre live in faraway Oxford, UK. As well, so in thrall am I these days, Josh rivals Jimmy as the top of my wazzer.

Like Jimmy, Josh has more strings to his bow than just wandering minstrelship. His debut novel, ‘Bright’s Passage’, was superb.

Josh, akin to Jimmy, is not a huge name Downunder, but the young man has visited a few times, usually supporting a performer who is. He cannot yet draw the massive crowds of the Old Master, but he has won the hearts of the Irish in particular, this Idaho lad. And now – BIG CALL – his songsmithery is equal to the great man’s.

As a callow lad Josh was inspired to become a musician through listening to his parents’ album collection, the standout for him being his Bobness’ ‘Nashville Skyline’. In the same way, I know my BTD grew up with the songs of Jimmy resounding around her childhood home. I was also able to meld the words of the Parrothead King into a reasonably acceptable wedding speech for her union with the fine man she calls Bear. Between them they have given me the blessing of a wondrous granddaughter. I know my BTD will ensure the songlines of Jimmy and Josh Ritter continue on down through to her. 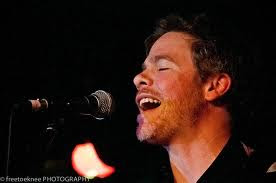