Consider this. It’s the sixties and Alfie’s out there in swinging London, chasing the birds. The hunt, of course, is what rocks his socks, as he’s very quick to dispose of the ‘it’ after the quest has been won. The movie was so novel, so new, so daring way back then, rightly nominated for umpteen Oscars, and launching a likely lad’s movie career. We loved it for being so up-to-date in a world where women’s lib had only barely started to kick in, but where the pill well and truly had. Special times! And Alfie himself? Well he broke the mould, with his hooded lizard eyes and cockney charm, and paved the way for the ugly-handsome leading men of the future. In 2004 they tried to remake this eponymous movie, but despite Jude Law’s best efforts, it was a limp reflection – they had to be politically correct, and what once was shocking, driving the British film industry to new heights on the coattails of the Beatles et al, is now so ho-hum. Around the time of the ‘British Invasion’, the UK produced a marvellous array of movies, and new stars were born. I remember it all so fondly. 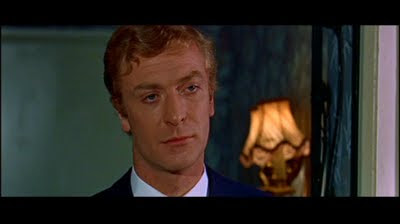 It was all occurring when I first became interested in the cinema as an art form, rather than as a place to while away some time in the provincial town of my formative years. There were precious few options for alternative entertainment. Often it would take months, even years, for new releases to reach us – and of course these days pre-dated even VHS recorders, let alone DVD and digital. As for the art house and world movies available to us today – forget-it! Our fodder was the same Hollywood dross we are subjected to today, only in more primitive form. Of course there were the rare classics – jewels in a sea of turgid shoot-em-ups and Jerry Lewis. There was no local product, although occasionally Chips Raffety surfaced to make us all very proud and patriotic. But then, as the sixties wore on, something wonderful happened – the British arrived. Sure we had had the Carry-ons and Hammer horror beforehand – but these were hardly innovative. The other came in to the beat of the Mersey and Carnaby Street, making this then youthful ticket buying punter sit up and take notice. The films were different – fresh, oh so fresh; reflecting the times. These were lovely, lovely movies. There was not only the aforementioned ‘Alfie’, but others including ‘Tom Jones’, ‘Darling’, ‘The Go Between’, ‘Petulia’, ‘The Prime of Miss Jean Brodie’, ‘Women in Love’, ‘Ryan’s Daughter’, ‘Billy Liar’, ‘Georgy Girl’ and ‘To Sir With Love’.

And of course there came a bevy of new male actors to fill the leading roles in those heady days – Albert Finney, Tom Courtney, Anthony Hopkins, Alan Bates, Oliver Reed and Anthony Newley, as well as the irrepressible Caine. There were a bouquet of the opposite gender, and yes – we could not take our eyes from these women as out went the Hayes Code and in came ‘anything goes’. Off came the clothes! Of course it was all so tame compared to the raunch of today, but these girls were brave and pioneering – Samantha Eggar, Judy Geeson, Helen Mirren, Susan Hampshire, Sarah Miles, Glenda Jackson and the glorious, glorious Julie Christie. Her nude scene in ‘Darling’set pulses racing, and who could forget a now Dame emerging from the sea in ‘Age of Consent’? 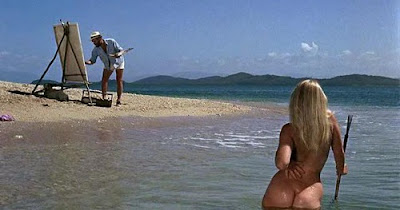 We are a long way on from those trippy days of the flowering of cockney cheek and the deflowering of English roses, but many of these flower children of the 60s are now the grand old men and women of British cinema. They still grace our screens, and are still as handsome and beautiful as they ever were way back when they took our breath away – and don’t we love them? Here think: ‘The Best Exotic Marigold Hotel’, ‘Quartet’, ‘Mrs Henderson Presents’, and ‘Calendar Girls’, for starters, as examples.
If you have seen all, or some of these, please add ‘Song for Marion’ to your list. Essentially a vehicle for Terence Stamp - remember ‘The Collector’, ‘Far From the Madding Crowd’, ‘Poor Cow’ – and Vanessa Redgrave –‘Blow Up’, ‘Isadora’ and who of my generation will forget her Guinevere to Richard Harris’ Arthur in ‘Camelot’. In this contemporary portrayal of ageing and dying, these two shining stars convey more emotion in a twitch of the lips or the raising of an eyebrow than most of the younger generation could in a scriptful of words. They are magnificent.

Back in the sixties he was sublimely handsome and she was sublimely beautiful. For the second decade of our new century, that has been replaced by faces full of lines and character – but still sublimely handsome and beautiful for that. There is still that light in their eyes – just view the scene early in the piece where these grand old thespians kiss –  a purer expression of love and admiration it would be difficult to uncover.
She dies mid-film, but not before she has sung ‘True Colours’ to melt his curmudgeonly heart. Stamp in return sings to her, and I can’t imagine that in a lifetime of making movies he has produced a more moving scene. Talk about bring out the tissues – although I unashamedly wept on several other occasions during the course of this movie. The portrayal of her dying was a soft one – if that is not an oxymoron in itself – particularly when contrasted to the harshness of the death in last year’s unforgettable ‘Amour’ - a movie of similar theme, minus the singing. 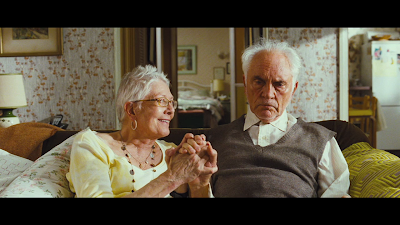 If Stamp and Redgrave weren’t special enough, a couple of, in comparison, ‘newbies’ graced the movie as well, with considered, understated performances. Christopher Ecclestone made a nuanced fist of a son struggling to relate to his grouchy, uncompromising old man. And then there was Gemma. She is one of the best of the current crop of English roses. Ms Arterton, as the ever encouraging choir mistress, lights up the screen, as she does in every role of hers I have pleasurably viewed.

There were bits of the movie that bordered on twee; bits of it that bordered on the implausible – but it was done with such a big heart you could forgive the odd blip. As we gain furrows and become more hesitant of step, movies such as this remind us of our journey. And when I take the hand of my timelessly beautiful, radiant lady, I feel as Arthur felt for his Marion. I was blessed to see ‘Song for Marion’ with my lovely Leigh. I am so happy that my journey continues on with her. 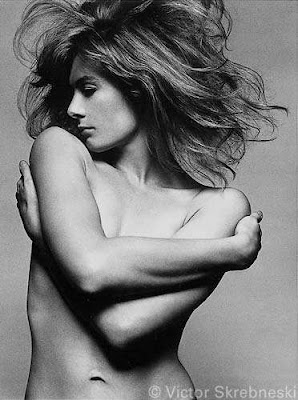 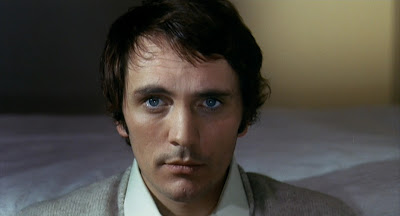 Vanessa Singing for Terence = http://www.youtube.com/watch?v=L-SznetsG-c
Posted by Unknown at 22:25