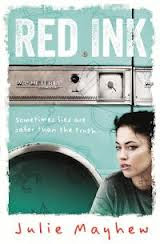 ‘Here is an account of a few years in the life of Quoyle, born in Brooklyn and raised in a shuffle of dreary upstate towns. Hive-spangled, gut roaring with gas and cramp, he survived childhood; at the state university, hand clapped over his chin, he camouflaged torment with smiles and silence. Stumbled through his twenties and into his thirties learning to separate his feelings from his life, counting on nothing. He ate prodigiously, liked a ham knuckle, buttered spuds.’

And here commences E Annie Proulx’s ‘The Shipping News’. It is my favourite book. It is perfect. I’ll never read it again, nor any of Proulx’s other tomes. I do not to wish to diminish its perfection in my mind; or hers, as a writer. With that opening passage it had me hooked from the get go, and it did not let go. I found myself in Quoyle, both on page and in the resulting movie. The latter was derided as not living up to the lofty standards of Proulx’s masterpiece – but I aver that here most critics had it wrong.

There is a fundamental importance in having an opening that will make the reading punter immediately assess whether he/she will/will not enjoy what follows. Dickens recognised this with the immortal, ‘It was the best of times, it was the worst of times,…’ Most are not Dickens, but a similar simple starting sentence, forming at the same time a powerful opening gambit is the Holy Grail to authors.

Maybe one day Mayhew will approach the class of Dickens or Proulx, and on the strength of her initial passages to ‘Red Ink’, she is well on the way. They were sublime. They immediately set her credentials as a fine, sensitive and nuanced author. It is quite amazing that this is her first book, although she has a prominent pedigree in other aspects of her art. I would perhaps be crucified, most particularly by my writerly daughter (in a loving way), for saying that it deserves a wider audience than her YA targets, but it is so good, it really does. I was immensely impressed.

It would be fair to say that the rest of the book was a slight disappointment after such a confident start, but even so, there is much to recommend it with it still standing head and shoulders above much of its ilk. By any measure Mayhew has talent in spades for connecting with her youthful readers, and hopefully her other commitments will allow time for her to continue this particular journey.

As readers, YAers demand much of their writers, and whereas once said writers may have been derided for choosing that age range to appeal to as a ‘soft cop’ because they couldn’t mix it with the ‘big boys’, this is certainly no longer the case. Quality YA fiction equals its ‘big brothers’. I should know, I have been reading both for forty or so years. With the aforementioned talented daughter keeping on handing over the pick of the crop, I hope I can do so for many years longer.

Mayhew’s narrative for ‘Red Ink’ is not far removed from the run of the mill YA fare for its female readers – feisty young woman fights all that life throws at her and emerges stronger for the adversity, in this case the untimely death of her mother. This leaves her in the care of her mother’s relatively newly minted partner – a fine fix to be in. Melon – and there’s a name to conjure and cope with – is white, of Cretan extraction; her carer is black.

Even with all this there is nothing terribly innovative, but it is raised from the dross by the fluidity of the writing as she jumbles her time frames in Part One, seemingly at random, following her superb ‘prologue’. That she does this, and still makes the unraveling of where Melon is at seamless, is pure class. Intermixed, as if Mayhew was intent on making life as difficult for herself as possible, is ‘The Story’ – the family myth, if you like, which has to compete with another version introduced later. This mishmashing of the events could have been disastrous, and it is to the story maker’s credit that it is decidedly the opposite – it is one of the book’s triumphs. Again I was impressed.

The second part, set in Crete, is much more straightforward and ‘by the numbers’. On the island to scatter her mother’s ashes, she loses her virginity. Mayhew’s handling of this is frank, somewhat pushing the envelope in this regard, but she manages to ‘tell it as it is’ without compromising her responsibilities to her ‘charges’. Yet again, that so impressed me.

With this example we know Mayhew can intricately weave a complex yarn, albeit the complexity being of her own making; and it was thoroughly enjoyed. So thank you Katie for coming up trumps once again for what you hand over to your old man for his perusal.