Sam de Brito writes regularly as a columnist for The Sunday Age, and writes well. Recently, though, it seems to me that some of his ruminations have taken on a more jaded tone that usual. I know from his jottings that he is a single dad of a young daughter, and it would seem that, rightly so, much of his world revolves around her. How he writes it it would seem he is a devoted, responsible parent – but it is patently clear it was a more than bitter Sam who wrote recently about the institution that presumably produced his beloved offspring. He scribed of the necessity of dumping monogamy altogether! He wrote of his observation that everywhere he goes he espies couples out of step with each other. Methinks that he himself may have been put through the relationship wringer and burnt – burnt badly.

De Brito argues that if humankind is to move forward and cope with a world of greater expectations and ever improving digital stimulation, then the need for such an outdated notion as attachment to one, and only one, partner for the duration is made redundant.

Gee, it would seem he has it bad, doesn’t he? He has truly been hurt by love. I think it wouldn’t take much to change his tune. He just has to meet the one.

On one level I do agree with him. If a relationship doesn’t ‘do it’, why stick in there? Why consign oneself to a life of quiet – or not so quiet – desperation and frustration. Why persevere? Of course there is the inbuilt need to multiply and continue the species, and the production of cherished little ones throws a curve ball into a desire to move on. Offspring can survive relatively unscathed the parting of the ways of two parents, provided the presence of the qualities our columnist obviously brings to the life of his little tot are abundant. A split can free up the disgruntled to resume the search for the one, and when he/she is found at the first, second or however many attempts, then life may be happier for all concerned. Out of the door, at this stage, goes pessimism re monogamy. Ah, if it was only so simple!!!

There is none of the de Brito-ish jadedness with the heroine of ‘No Sex in the City’ – she has no doubts about the plus factors in monogamy – her problem is finding the one, anyone, to commence the process. She is looking, looking – but her parameters are far narrower than for most. For Esma, pushing thirty, straddles two worlds. The first is marvellous, multicultural big city Australia where she and her polyglot of female companions live busy lives working in demanding jobs and doing worthy deeds for the downtrodden. These ladies are almost too virtuous. Esma’s boss is such a slime, but apart from that it is her other world that presents the barrier to finding someone to eternally share her life and produce her children. For in this world she must remain ‘virgo intacta’ till her wedding day, and many in her sphere only find a partner via the interference of relatives – i.e. arranged marriages. The Muslim community is more patriarchal than most, a place where family honour reigns supreme – but Esma and her ilk are quietly breaking down the barriers. Our heroine, though, has plenty of assistance in helping her find a suitable beau before her quickly approaching used by date arrives.

So this is ‘chick lit’ with a twist. From memory it is my first read of this genre – or are Nicholas Sparks and Helen Fielding cast in this orb? I had met the author, Randa Abdul-Fattah, at her book launch for this title, and was enchanted. I duly had the tome courteously signed by her for my writerly daughter, a fan of her YA novels – and it boomeranged back to me after her perusal. Initially I found the ‘goodness’ of its female protagonists most off-putting and wished for a modicum of imperfection or a dastardly deed or two – but they were not forthcoming. I struggled on till about half way through when two possible suitors came into the picture to vie for Esma’s heart. The novel picked up substantially at this point and I found it difficult to put down. One gentleman was so plainly ill-advised I began fervently barracking for the other, by which time I was hooked and just had to get to the end to see if my candidate won the prize. The book therefore progressed from semi-turgid to enthralling in a few pages, but am I won over to chick lit? More to the point, should a sixty plus male be even reading it at all? Despite the bipolar nature of her publication, and even if I would prefer a little more ying-yang in its characters, I just may be. I do not want ‘Fifty Shades..’, just perhaps a little more spice – or is that just the male coming out in me? A counter balance to Esma may have added some fire. Given that, I would not be adverse to other recommendations from my discerning daughter. I am keen to examine the Anita Heiss take in the same domain.

In all this I must not forget that males, particularly males of my dotage, are not the target audience and I suspect that twenty to thirty somethings would adore Esma’s travails. Now I’ll just go and have a looksee on my shelves for some suitable ‘grey lit’! 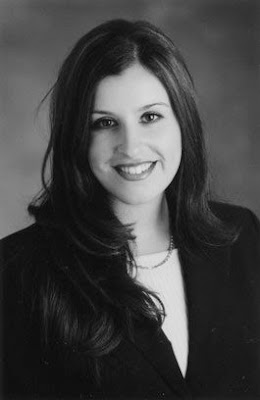