It made me feel like ranting. I left the movie house in the mood for a cleansing rant. That movie I’d just seen put me in that mindset. It made me want to vent my spleen. Now ranting doesn’t come naturally to me, despite what some of my former teaching colleagues and the thousands of students I’ve taught over the years may feel. Basically I am a laidback, ‘go with the flow’ type of fella – although here again my beautiful partner may beg to quibble and scoff at that statement. I live a quiet life these days, relatively free of worry and stress as long as I partake of my daily bath and stay away from any football matches involving Hawthorn. No, ranting doesn’t come naturally to me, and sometimes I wish I could deliver one of Hillsian proportions. Not sure what I mean? Well then, YouTube Adam Hills doing his number on bitchy American comedienne Joan Rivers – she of drag queen features - who dared to diss British national treasure Adele over her weight. That is the rant to measure all other rants by – and no, I am not in Adam’s class. But, gee, that movie put me in the mood for having a go, plus some of the facts I read in today’s ‘once broadsheet.’ 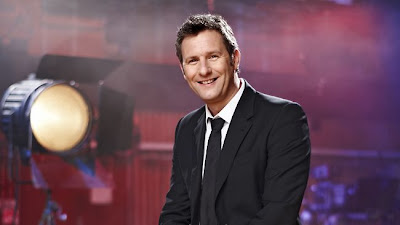 Now for a list of topics I reckon I could fester up a reasonably cogent diatribe about – a diatribe being a rant’s younger sibling. Let’s see - there’s the evils of a daily shower, SUVs in cities, NAPLAN, ‘Miniscule’ on before the news, misogyny in our national political dialogue and the question of who should really be leading our country. But what has caught my eye is the headlines in today’s (June 25) ‘Age’ – ‘Rich Pickings for the Big Four.’ So you ready? Rant, here I come!

Banks give me the pip. Obscene profits, obscene salaries to those guiding the ‘Big Four’ on how to rip off the average punter, obscene lack of any social conscience, obscene ads on tele glossing over their avarice and obscene treatment of those doing a thankless job at their respective coalfaces – that is, if you can actually see a face when our banks are hell-bent on subjecting us to the obscenity that is internet and telephone banking. To get a face to my banking - and collectively what lovely, personable, welcoming faces they were – I had to drive several suburbs away to Claremont. Here the locals, many in the mature years of life, conducted their business with shaking hands to be greeted by smiles as big as the winter solstice moon and soothing politeness. For many, I would imagine, seeing these gorgeous women – and one courteous male – could be the highpoint of their week! Some of the old dears were showing how they were bastions standing firm against the digital age by proffering over the counter time worn passport books to have their funds tallied in the timeless way. Compare that to interminable waits and the robot voices of transactions over the blower, the only alternative for these folk from an existence in far away in pre-computer land. Then it was announced – the Claremont branch was closing. Bugger these oldies – they’ll either learn to cope with the modern service-starved age or brave the local public transport and battle their way into Glenorchy or the city to have human interface. The communication we all received as customers waxed glowingly of the wonders of ATMs, and the joys of non face-to-face monetary transactioning - and, sure I will cope, but I fear for those ancient darlings who were once treated so royally by the counter staff at My State’s Claremont branch.

And that is just the micro. I can raise the enthusiasm to rail against the macro as well! Here goes. Would you believe the combined profits of the Big Four this year will amount to around $26 billion, far exceeding the record obscene amounts of 2012. They are the most profitable banks in the world, but still they are not satisfied in their efforts to bloat the pockets of their already rich beyond my imagination benefactors. These same banks have managed to shed 4000 jobs in the first six months of this year alone, most of them belonging to front line people whose positions have disappeared to those at the end of telephones or computers offshore. In the last twelve months they have stung us ordinary peons over $11 billion in ‘fees’. Even with all this, the ANZ still sees the necessity to prepare to announce that they are about to sack a further 600 souls and give their jobs to New Zealanders. OBSCENE

I could have a good rant against Auspost too. 2012 was a stellar year for that organization on the back of the vast amount of trade provided for them by on-line shopping entrusting Auspost to deliver all that packaging. How could the eyes of their top executives not light up at the prospect for ripping off and gaining even more profit by increasing the rates for sending larger than letter items through the mail? We now have the ludicrous situation that it is now possible to send a parcel from London to Melbourne more cheaply that it is to send it from one end of Yarra city to the other. As a result of his good work, the CEO of this formerly august organisation gave himself a record bonus last year, and then promptly turned around and cut to the quick that enjoyed by his front line staff every Christmas for decades. It is OBSCENE, OBSCENE, OBSCENE I say.

Tasmania’s richest man, sitting on a Burnie hill in his huge McMansion, laid off my boy last week, as well as a dozen more dutiful, honest toilers liked him. Then his company announced a $33 million dollar profit. That is personal and that is beyond obscene.

There, that makes me feel better. I’ll admit, not quite Hillsian yet – but give me time. Besides, I am not inclined to drop the f-bomb for effect as he is. Perhaps that makes me less angry – but I still hanker for a world where there was more communal social responsibility and less of the need for profanity.

And what was the movie that put me in an Adamesque rage you may well ask. Well it was a Canadian production called ‘Still Mine’. Like my own father was, eighty plus year old Craig Morrison (James Cromwell) is old school. He knows timber and he knows how to work magic with it. Due to his wife Irene’s increasingly addled ways he decides they need to downsize their housing arrangements before her onsetting dementia becomes more of an issue. He’ll build a smaller abode for them on his own land. He has that right – what could be simpler? Well, petty bureaucracy sees to it in this day and age that nothing can be simple, that owning one’s own land in fact gives you little in the way of rights to do with it what you want. Once he was underway, in comes officious officialdom to stymie his every move. No matter how much he is fleeced for the necessary permissions and certificates, there is always another obstacle placed in his way. Irene (a still gorgeous Genevieve Bujold) becomes more and more disorientated with life, so Craig takes the bit between his teeth, defies the authorities and completes the project. Of course this cannot be allowed; the bulldozers are threatened and he is taken to court. At this stage Hollywood intervenes, and commonsense, as well as baseball, saves the day – but why did it get to this? It is based on a true story, and Michael McGowan displays a light touch bringing the salutary tale to the screen. The tenderness displayed by the two veteran actors is touching as Craig battles the modern world to put a more realistic roof over the head of his ailing wife. He doesn’t rant. Mostly he retains a quiet, logical dignity against the incessant intrusion and red tape. Like ‘Amour’ and ‘Song for Marion’, ‘Still There’ delves into the issues of an ageing population, makes us think of the passage of time and for a few, makes us want to rage at how life has to become so complicated when love is so simple. And, yes, it made me want to rant like Adam Hills. 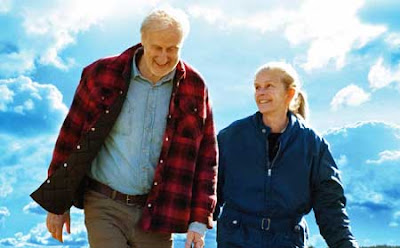 Phew! Now I feel better – as long as I don’t start to ponder on a nation that puts refugee kids in cages and may even yet possibly elect a Tony Abbott to lead it. Go the Ruddster!