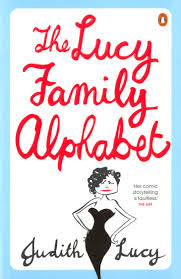 It is still possible to get a good topping-up of Adam Hills – his stand-up tours, ‘The Last Leg’ and his eponymous Wednesday night ABC show – but it is not the same. That night of the week, without ‘Spicks and Specks’ at its fulcrum, is now simply an anti-climax. Mr Hills, together with Alan ‘Walking Music Encyclopaedia’ Brough and the delicious Myf ‘I've seen Frank Woodley's privates, been naked under a desk with Pete Murray’ Warhurst had some of the best chemistry seen on the small screen. As great as RocKwiz is, featuring the combo of Julia Z, Brian N and Dougal (of the hairy armpits), it is no substitute for the trio who gave Hump Day its zing. We are reliably informed that there is a new series of the much missed and lamented Oz’s take on the UK pop-culture quiz show ‘Never Mind the Buzzcocks’ coming, but without the golden three I suspect it will be a fizzer. Can you imagine ‘The Gruen’ without Wil Anderson, Russel Howcroft and Todd Sampson, or ‘Would I Lie to You’ without Rob Brydon, David Mitchell and Lee Mack????

Along with its mainstays, ‘Spicks and Specks’ came with a regular rota of our brightest musical and comedic talent. High on the list of attractions was its showcasing of the best of the country’s female stand-ups - Cal Wilson, Fiona O’Loughlin, Julia Morris, Meshal Laurie, Denise Scott and the beauteous Kitty Flanagan. Their quick witted asides and often self-deprecating humour charmed us as we curled on our sofas in front of the box. Of course they were easier on the eye than their male counterparts, and matched them with their chops in the notoriously difficult art of making the punters laugh. The profession of standup is fiendishly hard to make it in, but these feisty, spunky ladies are willing to bare all with their monologues and one-liners – to put themselves out there with the constant danger of being knocked down and humiliated. They are simply fantastic – they make our world so much funnier, and therefore a much happier place to be in. It is therefore not surprising that these energetic women have had success in other areas such as radio, television acting and in print.

That being all said, I still cannot ‘take to’ Judith Lucy. I do not recall her ever being a regular on ‘Spicks and Specks’ – she may have made the odd appearance, but I suspect the acerbic nature of some of her humour would not be an ideal fit. Even in another Wednesday night feature, ‘The Agony of Life’, I found myself grateful she wasn’t my ‘aunt.’ There is just something about her that I find challenging to watch. Even as recently as last week, in her role as temporary presenter on ‘At The Movies’, I soon switched off – come back Margaret and David! It was the same with her ‘Spiritual Journey’, highly lauded by some – I just could not watch. To me there seems to be an air of desperation about her. The acidity with which she delivers some of her comedy, the physicality of her body language does not appeal – her frankness and her willingness to take me to places that as a male I do not want to go are negatives I cannot cope with. I know all this definitely says more about your scribe that it does about the lady in question, and I thought that would be it until I read an extract of this book in some magazine. I had to read more.

The lady can write. ‘The Lucy Family Alphabet’ is her warts and all memoir, with it in part probably explaining some of the underlying reasons I do find her so ‘confronting’. Her childhood was not a happy place and there is much pathos in this book as she battles to keep it all together with a mother and father who were not the most nurturing twosome to be born to. And there is the nub – it took her to age 25 to discover that she was in fact not born to them – she was adopted. This fact was discovered at one of the family’s truly awful Christmas dinners – on another occasion dad tried to murder son – and came from the lips of her sister-in-law. Everyone else knew, but not our Lucy. I couldn’t imagine what that would do to me. Despite not being his birth daughter, Judith still inherited some of her father’s problems with the bottle – and, just quietly, that is no wonder after all she went through. Her mother, although a beauty for much of her life, was nonetheless a hypochondriac of the first order. There is another mother, a ‘normal’ one, happily in Judith’s life now. Her dysfunctional parents formed the basis of her comedy for years until Ms Lucy had an epiphany when a fan reported to her that she must truly hate them. She recoiled at this – what she had always felt towards them, or so she thought, was love. The book makes this quite clear – it must have been a labour of love and for that I trust it was cathartic as well.

This book fits as a counter to such cosy, but nonetheless delightful, remembrances such as William McInnes’ ‘A Man’s Got to Have His Hobbies’. There is nothing delightful about ‘The Lucy Family Alphabet’. As I tucked up with it these past winter nights, under my doona, my reactions to her prose ranged from great guffaws, to gentler chortles to wiping away tears – the mark of being in a more than competent wordsmith’s hands. The alphabetical structure is novel and well handled. The narrative of her life is still seamless despite the limitations this choice would presumably cause – another tribute to her ability.

So, even if I could not bring myself to appreciate her visual efforts, I will readily read the product of whenever else she decides to open up in print again. She has my respect in spades. In future, when watching her on the small screen, I will regard her in a different light and try to be less threatened! 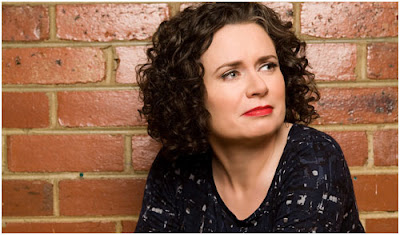