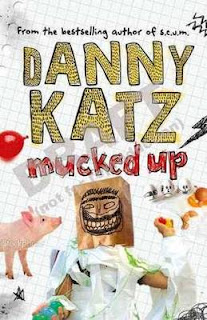 It would be unfair to say that Danny Katz has ‘mucked up’ with this enticement to get reluctant boy readers to do just that – read. It will probably succeed in doing the trick for it has all the right ingredients – naughtiness and all the yukky stuff in the world. Still, as a sequel to the gloriously anarchic ‘S.C.U.M.’, it paled in comparison. That novel made me wish I was back in the classroom, reading aloud to my students of all the mayhem going on within and around the ‘Students’ Combined Underground Movement’. The zany character of Tom Zurbo-Goldblatt was wonderful. The book possessed some depth and some lessons could be had. It also contained the incredibly ‘super-spicy’ Miss Valderama. She reminded me of all the alluring young female teachers I was taught by way back when at high school, as well as more than a few with sex appeal – apologies Tony Abbott - I’ve actually taught with. Sadly, Miss V was only a passing mention in his sequel.

I mentioned in my review of ‘S.C.U.M.’ that those making up its numbers were immature for their age in terms of their behaviour and vocabulary. They were operating in a manner I would have expected of Grade 7s. At least in that tome there were counter-balances. None exist in ‘Mucked Up’. As a teacher there would be the occasional underdeveloped lad in a class of Year 9s, but generally they are a mile away from the Toms involved here. I suspect that it would be those that are just about ready to embark on their teenage years who would be most attracted to the antics these novels contain, so it would have made more sense to have the age of the protagonists reflecting that. The Tasmanian system has no Year11/12 top to its high schools, so perhaps that could explain something, but I would find it hard to imagine that island boys have it all over their mainland counterparts in the developmental stakes. No, I think more than likely Danny simply has it wrong.

Yes, this publication is a disappointment compared to its predecessor, but I’d still love to wave it around after completing my reading of ‘S.C.U.M.’ to a Grade 6 or 7 cohort – ‘Here you go my cherubs – seeing how much you enjoyed this novel by Mr Katz, rush off to the library and get your hands on this and see what happens to all his crazy crew.’

Despite my reservations here, I trust Danny does go on to write a third installment as Tom finally seems to be making some progress at last with Jurnell. Maybe he’ll come of age and gain the smarts to woo the fair maiden – any maybe the author will recapture some of the spirit and joy of his first effort when this occurs. 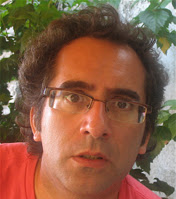