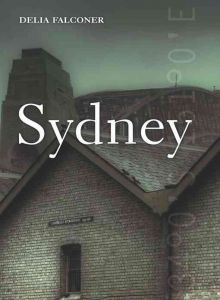 As I was about to enter my teenage years in the backwater – not necessarily a negative – that was Burnie, in the early 60's, two events occurred that gave me the heebie jeebies for years. The first was venturing to the long gone Somerset Drive-in, on the fringes of town, to see Alfred Hitchcock's 'The Birds'. I have no idea now whose car I was in, or indeed with whom I saw the movie, but it gave me nightmares for months. The al fresco cinema experience was just across from the sea shore, so as well as out of control avians on screen, the real McCoy, in the form of gulls, were passing their sinister shadows across the  ‘goings on’ as well – a double whammy, and a scarifying one at that! I still avoid all but the cheesiest of horror film until this day, and you can image the impact of diving plovers!

The other unnerving event was an occurrence in a city I'd never been to, but again nightmares and cold sweats ensued. The Bogle/Chandler 'murder' impacted on my post pubescent sensibilities like no other event since. Sleepless nights caused by the sensational details of that last evening of 1963 at Lane Cove, Sydney, profoundly gave me worse heebie jeebies than 'The Birds'. As well as the lurid descriptions of half naked bodies in, and on, the media of the day, and all the conspiracy theories, it was the nature of the relationship between the dead couple and their spouses that bugged. Used to conventionality, their supposed 'free love', before it became a hippy phenomenon later that decade, caused me much disquiet. Nowadays, it's felt, there's a distinct possibility that their demise was caused by foetid fumes emanating from the polluted cove itself – which does not fully explain the tampering with their bodies post-succumbing to their fates. Why were they 'covered up' before discovery by a couple of youngsters searching for golf balls? Afore the Azaria Chamberlain farrago, this 'weird' event, and the disappearance of the Beaumont children, shook the nation from its 50's lassitude, and burdened the country for decades. It sure as hell shook me up!

This, Falconer's entry into the engrossing 'Cities' boutique book series, will take some beating as its siblings come on-line. To my mind, it is superior to the other like tomes I have perused, on Hobart and Melbourne, by Peter Timms and Sophie Cunningham respectively. There have been more published since. My high regard may be because, firstly, I live in the little state capital on the Derwent, and am quite intimate with 'Bearbrass' on the brown Yarra. I am yet to get a personal sense of Sydney as my visits there have been few and very superficial. Why, even a visit to Bondi is still on my bucket list after all these years. I spent a week there back in 1976 – I can vaguely remember a trip to the Blue Mountains. More recently were a few nights either side of a cruise. I was restricted to the Rocks, Darling Harbour and the CBD. No real feeling for a place can be garnered from such limited exposure. Now a touristy mecca, I was intrigued that right from the get go of European settlement the Rocks was home to any who preferred to live outside the established mores of the day – out of sight of the strictures of the Anglican ruling class.

The second reason for being so taken by this book is that Falconer gives it all a Lantanaesque sheen. She is at pains to stress that under its ritzy surface there's all manner of festerance. 'Lantana' is, by far, my favourite Australian film, so I am very drawn to her sweaty presentation. All boxes are ticked by this erudite author. We have the quick sad diminishment of the people of our first nations around Sydney Town, paralleling Grenville's marvellous 'Secret River' trilogy. The story of the relationship between Lieutenant Dawes and the mysterious Patyegarang has always fascinated me, and is cited by Falconer, as well as being superbly imagined on by Grenville. The better known tale of Bennelong is featured too, and there is much 'tipping of the lid' to the city's literary luminaries, past and present. Writers of poetry and prose, such as White, Slessor, Anderson, Knox, Park and Kate G, give some sense of place through their wordsmithery, quoted at length by our guide. The fable of the 'Eternity Man' is recounted, and much is made of the city's irreverent past seguing into its present 'gayness'. Falconer writes of areas of Sydney that are a mystery to me – the vast expanse of the Sydney's west (maybe less of a mystery to Julia now), the national parks and the inner suburbs surrounding the core. It draws me to get to know the city well; even if Melburnians regard it a Gomorrah – to Sydneyites, so I’m told, its southern sister city is simply irrelevant.

Where I live in my idyll on the Derwent, above our mantelpiece are two images of Sydney, courtesy of sale prices during our recent expedition. One is an attractive rendering of the iconic vista of Circular Quay and Opera House, in pointillistic style. The other is a semi-cartoonish print by Mark Ahr of that beach I have yet to perambulate on. To me, all beaches are rites of passage, places where I feel most free - where the breadth of Aussie culture is called on to unveil itself of its layers. In my dotage I know that my days of disporting myself, on the many strands of this sun worshipping nation, belongs in the past. But for this beach I will make an exception. It is part of our collective psyche – I want to experience it before it is too late. Falconer's Sydney has inspired me to ensure it happens.


The Monthly's take on the book = http://www.themonthly.com.au/books-drusilla-modjeska-under-bridge-delia-falconer-s-039sydney039-2854