My DLP (Darling Loving Partner) just simply adores BBT (Big Bang Theory). Despite the notorious ducks and drakes the Nine Network does with its programming, and considering their seeming reluctance to show episodes of a popular series with any degree of consistency – the modus operandi being to give a taste, then pad out with interminable repeats – my DLP is ever patient. Then on top comes the grating, monotonous inanity of the never ending ad breaks, all of which causes this viewer to throw in the towel in frustration whenever he has had the misfortune of being attracted to anything shown on the commercial channels. Not DLP. Bless her, she'll sit through the dross to savour the five or ten minutes of bliss, reluctantly bequeathed, before the same god-awful, braying spruiking is repeated in another break. But DLP is stoic – even if what is promised in the tele guide to be new BBT turns out, in fact, to be a repeat seen previously. For DLP an evening featuring a new episode of BBT is unalloyed joy. She is a discerning tele officiando, so the show must possess something to deserve her devotion. In quizzing her on this, she states she loves the quirkiness of the characters, especially Sheldon. BBT has had certain longevity, and DLP has been fascinated by the changes in this leading man since the get go. According to her, Sheldon is much more normal in this new set of episodes than he was at the commencement of the show – and this transition has fascinated her. From my fleeting recent viewings, to me he still has a fair way to go. DLP cites, as evidence that, these days, for Sheldon, there is even a love interest, of sorts, in his life. 'Is she normal?' I queried.
'Well no,' was her reply. 'But then, what is normal? ‘Point taken, but Rosie is definitely normal, albeit it with a trailer load of baggage and a father fixation. 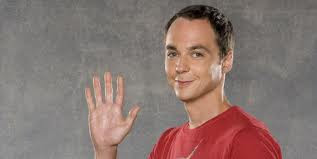 Some critics have compared Simsion's gloriously wonderful creation, Don Tillman, to Sheldon. Not being a BBT devotee, I cannot comment to any degree. Like me, DLP thought that 'The Rosie Project' was the bees' knees, and agreed there was much Sheldon in Don (and visa versa). Another comparison could be made with the Bradley Cooper character, Pat, in 'Silver Linings Playbook'. Performing off him, Jennifer Lawrence won a thoroughly warranted Oscar as his love interest. Her luminous presence on the screen was riveting, but her Tiffany character was as close to normal as Sheldon's Amy – in other words, not within a bull's roar. Odd attracts odd, and that is believable. Odd attracting normal, now that is another matter. To Simsion's credit, he does bring this off despite the reader's initial incredulity that such could ever be possible, particularly as Rosie is much more than normal normal. She turns heads, lights up a room, and dresses provocatively to display her attributes. In theory, the task Simsion has set himself is a tough ask. That he has succeeded in doing so believably has been paid back in spades by the book buying public.

One of the delights of a teaching career spanning forty years was coming up against mini Dons, Sheldons and Pats. These kids would puzzle and provide a challenge. I cannot in truth claim to have connected with them all, as is every teacher's mission, but when I did; I was rapt, for I knew I was in for a very interesting ride. They were all the proverbial square pegs trying to fit into round holes, often succumbing to their inability to understand why they couldn't, or worse, weren't allowed to. It was always a privilege being invited into to their worlds, and, it is fair to say, I formed a close attachment with a number. I hope I may have smoothed their paths a little in doing so, but what they gave me back repaid the effort many times over. For them school life was fraught with difficulty – it was a minefield. The resulting explosions were often their reactions to the frustration of not being able to penetrate the impenetrable. They wanted, if not to be normal, at least to be accepted. They didn't fit, and it hurt. At least, as with Don, with adulthood, would come a greater appreciation as to why this could never be the case, and coping mechanisms could be devised to deal with it – but for a kid this was all ahead in the mist. To win Rosie, Don thought he had to become more 'normal', only to discover a 'normal' Don wasn't something Rosie could fall in love with. I hope there has been/will be a Rosie, an Amy or a Tiffany, for all those wonderful misfits I encountered over my time at the chalkface. 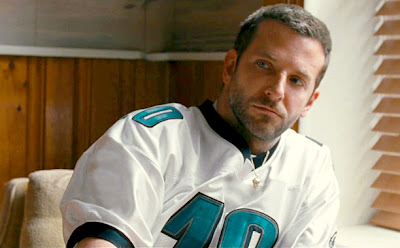 Don takes his social clues from one of his few mates, Gene, a married, but insatiably randy, work colleague, whose ambition in life is to shag a female representative of every country on the planet – complete with a map full of pins displayed to chart his progress. Normal? At least there is Gene's long suffering wife to provide some balance for Don. These two, and a departed elderly woman, were Don's social life in a nutshell. This lack of numbers was of concern to him, but not borne with the same angst as my teenage charges. And then along comes Rosie to turn his ordered, to the nth degree, world upside down.

A critic complained that Simsion's page-turner, in focusing too much on Don's attempts to solve the identity of Rosie's birth father, with his gene mapping expertise, was detracting from the romance. Admittedly this exercise does become a tad convoluted towards the end, but to dis it misses the point. How else was odd to attract normal unless there was a device, such as the one the author hit on? Don's extreme pedantry would have driven Rosie off in a flash without this, or something akin. This was how Rosie lasted long enough for Don to get a taste of what this love thing may possibly be. It is still problematical that she falls for him, but not beyond the bounds, if you get my drift.

I was as intrigued as much with this book, as I was with 'Silver Linings', as to whether we'd get 'Hollywood' or 'real life' ending. Both went a certain way, and then veered back to the other. But with such a well wrought journey from both writer and film maker, really, for such excellence, either form of ending would have sufficed and been entirely satisfactory. After discussions with DLP, I do wonder which way it will fall for Sheldon and Amy when it comes time for BBT to wind up? Whichever way it goes, the last episode of BBT will be a sad day indeed for DLP.

My beautiful daughter, knowing something of my feelings for the mini-Dons of my years in the classroom, recommended 'Rosie' to me. I knew the battles these students had constantly being jilted when they made overtures of friendship, often to the most unworthy of peers. I've seen their 'buttons' pushed over and over again by 'normals', using them to attain an easy laugh, and maybe a few extra kudos, from their simpering acolytes, when the desired explosive response was attained. There were the cruel jibes they were subjected to, and in many cases, overt harassment from 'normals'. But these odd bods have and will grow(n) up. Many will, like Don and Sheldon, become quite brilliant in one of the disciplines they tend to become overly fixated on. Some will go beyond. Their left field thinking will light up our world as their unconventional wiring will allow them to delve deeper and deeper into explaining the voids of our collective knowledge. With his first person approach Simsion has made 'odd' somehow sexy – and that has got to be a good thing. 'The Rosie Project' deserves all its success, deserves a Hollywood rendering, and deserves to be read by every 'normal’ on the planet!

The Age on the Rosie Project = http://www.theage.com.au/entertainment/books/graeme-simsion-20130124-2d81u.html