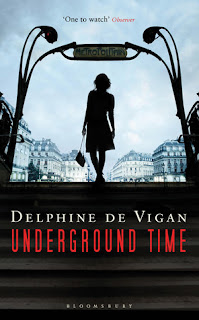 I’ll blame Claudine. It could have been one of two Francoise(s). The first, with a light fluffy voice, had hits all over the world. The second, with her slight, cheap (in price) novels of brevity, containing variations on affairs of the heart, enraptured me in my uni days. And of course there was Brigitte, the stuff of legend, a dream woman for the ages. But I’ll blame Claudine – it was her song that it did for me.

Claudine. Andy Williams’ wife. I had a guilty pleasure then, way back when. I liked Andy Williams. I could pass that off by saying that he discovered Jimmy Buffett, my sunny life companion, and signed him to his record label, but I’d be lying. I just simply liked him, naff as that and he sounds now. Williams also signed Claudine. If nothing else, he had a nose for talent. I suppose I must have read about the song. Surely I would not have purchased the album on the sole basis of whom she was married to. If ‘Let’s Spend the Night Together’ and ‘Je T'aime, Moi Non Plus’ could not be played on the radio, I surely wouldn’t have heard it through that medium either. No, I reckon it was because of that song was causing a stir in the media.

After returning to my hall of residence with ‘We’ve Only Just Begun’, the record containing the song, tucked under my wing, and after ensuring the song was all I’d hoped for, I invited some of my mates into my room to listen – guys into Cream, Hendrix, Zappa et al. They were a bit nonplussed being asked to endure a soft, breathy version of ‘Bread’s’ big hit, but I said to ‘Give it time’, and then those sultry breaths turned into something else. They looked at each other, at first wide eyed –‘Is this what I think it is?’ – and when they realised that, indeed it was, there was much in the way of knowing looks and smirking. After espying the damsel in question on the album cover, like me they’d probably had sweet dreams that night – a night way back when. 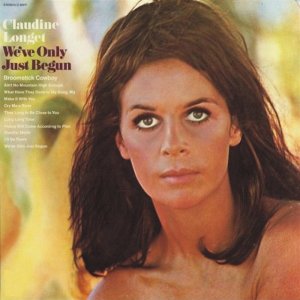 You too can check out the song, ‘Make It With You’, on YouTube.

Yes, Ms Longet’s (had Ms been invented back then?) accented trills and sighs had much to answer for, and they started me on a road to adoring everything French, especially those oh so chic women. These days it also manifests itself in that country’s sublime film output
In 1976 I ventured to Europe. London in winter was just plain glum, a depressing place I found – didn’t appreciate it much at all. But Paris, that was another matter. Despite wet footpaths and copious doggy-doo, I enjoyed every moment, and then once again when I revisited in ‘81. Paris simply sparkled both times. These days I relieve my pining for the ‘city of love’ through wonderful movies set there – ‘Midnight in Paris’ and ‘Paris/Manhattan’ are recent ones that come to mind. There is nothing, nothing to beat the French way when it comes to filming. The deftness of touch they have when they take on the fickleness of relationships between men and women is unsurpassed!

And as the name would suggest, Delphine de Vigan is a French writer, and of some repute in her homeland. This is the first translation of her oeuvre that I’ve read. ‘Underground Time’ is, obviously, set in Paris, and it revolves around human dramas. Two unhappy souls are spinning around that city - one is a high flying executive, the other a low flying on-call doctor. Ms de Vigan examines their hearts minutely. Mathilde, a youngish widow, is being demeaned and increasingly passed over at work by her boss, the odious Jacques. His devious office place bullying is driving her to the edge, and she simply cannot understand why this should be, after years of amiable cooperation. Thibault, her unseen possible new suitor, has just extricated himself from a relationship with the withdrawn Lila, but nonetheless, he is carrying around Paris a broken heart as he does his rounds of the ill and lonely.

The two are in dire need of a meaningful human connection on the single day most of the novel takes place – but will it be with each other? They almost collide mid-tome, but then veer away, leaving the reader to muse if it will ever happen. It does is all I’ll relate. We begin to suspect that two possible endings are in the offing – which one will it be? That it is neither is a tribute to the author’s skill. It is an ending that readers attuned to the Hollywood way will not appreciate though. De Vigan is far more subtle, far more French, than that. The author is of the ‘real world’ school. That is the way this story will stay with one long after others have dissipated into the mush.

I have my doubts now that I'll get back to Paris. Time marches on these days, unlike times of yore. I'd need to travel there in a modicum of comfort. Perhaps I'll win the big one and take a slow boat to Le Havre. A man can dream, as no doubt, way back then, I dreamed of Claudine. I'll blame her.