Now I am ‘coming out.’ I have a serious crush – on a television character. It probably equals the one I’ve had for years on the domestic goddess, Nigella, the most gorgeous woman on tele. It’s a ‘Mad Men’ personage. Now those knowing me would possibly suspect the divinely proportioned Joan (Christina Hendricks), who nonetheless runs Ms Lawson a close second, but they would be wrong. No – dare I say it – it is a ‘man-crush’. I’m in man-love with Don Draper (Jon Hamm). Before you recoil in shock and horror, now that I’m out I can say that I’ve had them before, but not to the same degree I think. Bill Nighy in any movie comes to mind, and then there’s David Duchovny playing Hank Moody in the ‘Californication’ franchise. The first would have been Laura’s original love interest in ‘SeaChange’, David Wenham’s Diver Dan. Richard Roxburgh’s Cleaver Greene in ‘Rake’ is now knocking on the door too. 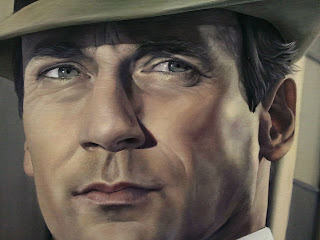 Of course, none of this is a physical addiction – it’s all cerebral. Are these the men I wish I could be? I really think not – the womanizing and the shambolicness put me off that line of thought. They get into diabolical pickles of the heart with immediate impact on those they love, and if you believe what you read, Duchovny is supposedly quite true to his character.  But I just adore watching these actors play their roles to perfection – they are just so magnetic to me on the screen. And now, for an even bigger revelation.

I’m beginning to think ‘Mad Men’ the best television series ever? I know, that is a huge call for a series still running – and I’ve checked – Series 6 is currently filming. I am somewhat aghast that I would be considering an American show – giving my general dissing of their usually dire efforts, involving all sorts of weaponry, and always bland but stunningly beautiful young women in the most unlikely of heroic roles. For me the best of British, with a few of the homegrown variety thrown in, have always been king of this particular patch.

The other factor in favour of ‘Mad Men’ is that, to date, it hasn’t run out of steam. In fact I would humbly put it out there that Series 5 is the most riveting so far. It had shocks – the suicide of a major character with another, the flawlessly flawed, feisty Peggy Olsen (Elisabeth Moss), a true heroine of the glass shatterers, departing. Pete Campbell (Vincent Kartheiser) becomes even more odious and, as one who has a soft spot for anything with a French accent, Megan Draper’s (Jessica Paré) addition has been the icing on the cake, toning down Don’s proclivity to marital waywardness. Wife No 1, the irritating Betty (January Jones) now, thankfully, has a less pronounced role. The flashbacks to Don’s backstory have also disappeared. For me they detracted from the delicious machinations in the offices of Sterling Cooper Draper Price. And of course there’s Roger, who matches Don in the dalliance stakes. Lucky bugger has even had one with Joan. Roger just keeps on being Roger, except when he’s freaking out on LSD. Then he becomes a very odd beast indeed.

This series, and those before it, mirror back on the ‘60s in the US of A. From the Camelot of the Kennedys to Vietnam and civil rights, from the evils of tobacco and demon drink to the constant misogyny towards womanhood, it hits the button. It is the smokified retro – just peek at the atrocious of-its-time art work on the walls - look of every scene and the attention to detail. Just as well all those fags the cast are sucking in are herbal. This detail is right down to the appropriateness – or otherwise - of every line of script. But standing head and shoulders above it all is my man-crush – Don. With his permanent five o’clock shadow, unshakable belief in his own abilities and trajectory, with just a soupcon of tenderness here and there towards his fellow man – or woman – just when you thought you had him pegged, he is simply delicious. Series 5 also finally hooked my DLP (Darling Loving Partner), a very discerning television critic – even if she has more tolerance of the US product than I. Sadly she is not one for lists, but I am enamoured in working them out. So here it comes – the call.

Now I have been watching television for nigh on fifty years. Can I do a top ten list of best television shows for over that time period. No, I think that is too hard an ask. If I restrict it to the last 25 years, since 1988, that makes the task more achievable – and it will give that other inveterate list maker in my life, my BTD (Beautiful Talented Daughter) something to ponder and produce as well. I hope she will, as I do anyone else who may by, whatever means, come across this piece.

So the list – not as easy as I thought it would be, but for purposes of discussion, here goes:-

There are admittedly some great shows omitted – ‘Cracker’, ‘This Life’, ‘Silent Witness’ (the Sam Ryan years), ‘Men Behaving Badly’, ‘The Street’, ‘House of Cards’ and ‘Father Ted’. ‘Life on Mars’ was mesmeric but Series 2 let it down. There are some current series that I am thoroughly entranced by and they may get a guernsey once they have run their course. These include ‘Boardwalk Empire’, ‘Game of Thrones’, ‘True Blood’ (starting to run out of fresh ideas I think), ‘Weeds’, ‘Downton Abbey’ and ‘Offspring’ – but I have my doubts. What do you reckon BTD – and anyone else – are you game for the challenge??? 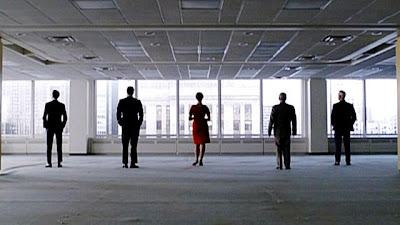