Breasts, Wendy and Me


I miss Kate, I really do. She made me look forward to weekends. Kate Holden was part of my routine for those days. Her column, in the Age – was always frank, and very, very Melbourne. It was frequently copied and formed an 'inclusion' in my copious missives to mates here, there and everywhere; and were also placed in the pigeon holes of colleagues when I was a working man. I was enamoured of her so I devoured her self-excoriating books ('In My Skin', 'The Romantic') as well. I listened as she launched one of them in a city bookshop, and even had a few words with her afterwards. This only served to make me even more besotted. I hope she has more tomes of similar ilk in her. This Kate, you see, has also seen the seedier side of life, and emerged from that delving onto the depths not completely unscathed, with seemingly still a few demons to subdue. When she left the broadsheet to pursue other options, it was like a nano-death for me - the world wasn't quite the same, if only in a minuscule way. It was much the same after the sad demise of Peter Roebuck. Sure I still had de Brito, Katz, Wright and the irreplaceable Flanagan, but I missed a feminine view that didn't only appeal to 'the sisters'. 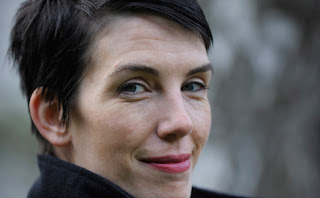 That's when I discovered Wendy. I am not sure how long she'd been a member of the Age coterie before I noticed her, but one day there she was, I read her and was hooked – but not quite in the same way as Kate. At least, not yet. Kate is incredibly beautiful, but she is all angles and that is reflected in her writing. Wendy is equally alluring, but in a rounder, softer way so her efforts have not so much of the edge. With her, on occasions, I am halfway through and I realise I'm not 'grabbed', so I move on – something that never happened with Ms Holden. Like Kate, Wendy has a book under her belt (The Boy's Club – a novel loosely based her year with the Nine Network) and the promise of another to come. Yes, Wendy is not quite Kate, but I find myself looking out for her by-line in much the same way as I do with the other aforementioned scribes. She helps make my weekend, on most occasions, when she is present in my paper – and I find I am not pining so much for Kate these days. I know, I'm a sad man! 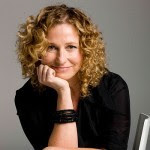 And this weekend Wendy Squires was on about breasts, a subject that put me on a mini-collision course with my beautiful DLP (Darling Loving Partner).

Firstly, let me state my position on breasts. I have nothing against the female ones, in fact, I am quite the opposite. I adore them – I could look at them bewitched for hours (perhaps I am not such a sad man after all!). They are marvellous - revealed, or tantalisingly hidden, or somewhere in between. I love the shape of them; their variety is constantly drawing my eye. They are part of the reason I love summer, beaches and, in days of yore, Playboy magazine. The only way that I cannot tolerate them is when they have been disfigured to appeal to the presumed male notion of perfection. It's the soft, cushiony natural state I prefer – those tampered ones to me are so not sexy. One of the joys of this sixty plus life is that women possess them and causes me to marvel, just a tad more, about how utterly remarkable the fairer gender are. In innumerable ways I've been next to heaven because of them, and I am not just on about breasts here!

Then that 'boob' Kochie had to stick his oar in, didn't he? I didn't exactly hear/read what he expounded verbatim on the topic; more’s the pity as it turned out. I am not a fan of breakfast television preferring the quietude of the early morning to read, write and ruminate. But whatever it was he said, he got the BFMs (Breast Feeding Mothers) all antsy and antagonised, didn't he – thus causing my collision with DLP. All I was doing, as we drove into the city that morning, was voicing my support for BFMs everywhere in their right to suckle their young in public. After all, it is a normal bodily function I foolishly, and needlessly, informed. Here I was, being such a liberated man of the world, always supporting those hampered going about their normal business by the nannystate brigade. Boy, did I get myself in a pickle!
'How do you feel when you are around, in close proximity, to someone breastfeeding in public?' my DLP quietly asked, knowing full well I have been so quite a bit this past twelve months. DLP knows her man oh so well. I was sprung. I had no where to go. I had to answer honestly. 'I do feel somewhat embarrassed,' I finally stammered, although in truth I do my best to carry on with my normal aplomb.
'Well that's all he's saying', DLP disarmingly went on. 'Like you, he is all for their right to feed babies in public. All he's doing is asking BFMs to use a bit of discretion, a bit of ‘class’, so those sensitive souls around, like you and he, do not have to blush. What's wrong with that?'
DLP had me there, and even more so when she asked, 'Do you urinate or fornicate in open places where you can be spotted?”

That was the killer, there was no way back from there.

It made me think though. Why is it I can look at a topless woman on a beach and I am full of the joys of life, and think how wonderful, delightful, anything but brazen; that she, young or old, is to be so at ease she feels she can expose what is so glorious about her body in public. And yet, if I espy an exposed nipple about to be placed in the mouth of a hungry baby, I come over all funny. I believe Kochie had something to pontificate on that matter too. So here I was, with no difference between me and that bright spark at all.

Which brings me back to Wendy. Her weekend column, about 'bozos and boobs', said it all in a nutshell, and what I find myself doing here is '...what a lot of men of a certain age might express.' if they were game enough to. Although, can I take her to task on the 'certain age' bit? Are younger men immune to any possible embarrassment caused by an inserting nipple? What Wendy goes on to say, though, is certainly correct, and downright worrisome. At some stage this year a known misogynist, the execrable Abbot, may well be our country’s leader. His very hazy take on abortion rights is something to get worked up about far more than this storm in an a-cup. Not only BFMs, but women in all walks of life will really have something to get steamed up about once he starts on with what women can or cannot do with their bodies. Hopefully we will not be unfortunate enough to have this neolith in a position of authority our beautiful women.

So blessed ladies, this far from perfect male will defend till the end your right to naturally feed your little ones in full view of persons unknown to you. And, as long as you are not too overt, I will try and become a man not perturbed in the slightest of way by your actions. And, as my DLP so easily picked through my 'sucking up' to her with my verbal effort to prove my enlightenment, I promise to think through it all a little more in future before I take the high ground. Sorry Kochie!