The Eyes of the Tiger 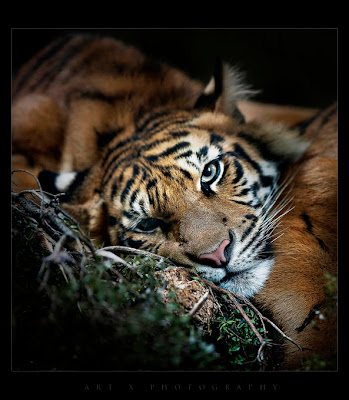 That first night it snowed in Russell Square. The journey from Heathrow to our ‘olde worlde’, or so it seemed to this novice international traveller, hotel on one of London’s double decker red buses, was exciting in itself, despite the atrocious weather. Once in our accommodation our first action was to open the blinds to see snow falling, the second was to turn on the radio. From the latter came Dazza, belting out ‘Howzat’, then racing up the UK charts, reminding me of the sunshiny Oz summer we’d just left.

Once out and about I soon discovered that London in winter looked so dismally grey – the weather was grey, the buildings were grey and that greyness was reflected in the faces of the city’s inhabitants. The service in the shops and cafés was terrible; there was nary a smile to be had. It was just all so gloomy, the population looked beaten down – and Thatcher hadn’t yet arrived into the prime ministership. What I didn’t know at that stage, but found out later when we journeyed to the provinces, was that the rest of the UK was all sweetness and light; we were killed with welcoming kindnesses everywhere we went. Dear me, though, London was dire, and for a time I wondered what I was doing leaving the delights of a home summer for this downtrodden city of short days and sad visage.

It’s all so far back now I don’t remember much of the stay in England’s capital. I do recall sleeping through a West End musical performance so drugged up was I on jet lag. I was underwhelmed by the Elgin Marbles at the British Museum, but loved seeing all the old documents and books such as the Magna Carta and Shakespeare’s First Folio. There were other bright spots too – the food hall at Harrods, the Turners at the Tate, the Beefeaters at the Tower. Once out of London I started to enjoy myself, and by Paris was determined that this would not be my last visit to Europe, and that next time I’d be there for much longer than the six weeks we then had at our disposal.

But there was an event in depressing London that I will never forget as long as I live.

Tigers. No, not that AFL team that always promise so much and then fall in a heap, big time. No – what I am on about is the real McCoy – well sort of in one case, as you will read. These stunning carnivores of the South Asian jungles have had their demise in the wild predicted for most of my adult life, but still they hang on. From the snows of the Amur to the steaming rainforests of Sumatra, these super-cats rule all creatures in their domain, bar one. You can have your lions, leopards, cheetahs etc, etc – none possess the majesty, the beauty, the fierceness or adaptability of this the most fear inducing of felines.

And then there’s Tessa – my gorgeous granddaughter. Her parents call her Tiger. And that name fits her best, even if it is probably sourced from a different sort of tiger than the ones featured here.

I was initially not convinced. It wasn’t on my list of wannasees. My DLP (Darling Loving Partner) was going to view it at her daughter’s urging. I then read a glowing review in the Age and changed my mind. Besides, I adore going to the movies with my beautiful DLP. The ‘Life of Pi’ is a terrific effort by Ang Lee – so skillfully realised onto the screen through the magic of CGI. I was very taken by the whole 127 minutes of it. The beauty of the piece is what most impressed – the gorgeously hued and choreographed opening credits, the meerkat island, the leaping blue whale. At times it was difficult picking up the dialogue with the Indian accents and background goings on, but DLP, ever astute, spotted the deliberate holes in the narrative, so central to understanding the conclusion, well before I did. Unlike me, though, she did not pick up where the drugged tiger was hidden, and it scared the bejesus out of her when it suddenly emerged. The ‘Life of Pi’ shines above the bulk of the Hollywood dross that is served up to us and, in my humble view, it should receive plaudits in this current award season. It is a film to savour and to return to.

And despite being CGI driven, the tiger (Richard Parker) was magnificent in its majesty, beauty, fierceness and adaptability – all adjectives worth repeating – even when half starved, near death. Despite all its privations on the lifeboat, and its dependence on the boy, it still walked into the saving forest without a backward glance – just like your everyday moggie would. If it had been a canine…………

The most breathtaking moment for me in the whole film came early when the boy, on the arrival of Richard at the family zoo, attempted to feed him a morsel of meat. He stares into the primal depths of the tiger’s eyes, and we are privy to what he saw. As the actor simulates the meeting of souls between boy and beast, I had a flashback to a day in London when I had my own encounter with – the eyes of the tiger.

I could be wrong, but I think this all occurred on our very last day in Europe. For some reason we felt it a fine idea to go to the Zoo during that freezing northern winter. Of course, at that time of year, it was a fairly desultory place and therefore almost deserted. Apart from my close call with the hereafter, the only other memory of the visit that has survived the ravages of time is just how bloody big an anaconda actually is! So wandering around, I came upon the tigers’ enclosure. I am not sure how many animals were present in it and, for reasons you will discover as you read on, I was soon in no condition to care. It is only one that counts. Its abode was in two parts – an outside area and an enclosed den. I presume, like lions, tigers have dens? Anyway, there was a viewing tunnel behind the den, which was, for some reason, raised up slightly. This caused the head of the lolling tiger I espied to be at exactly the same level as mine. Between it and the viewer – me – there was a pane of glass.

And that is when I had my brain fade. In a moment of madness, totally uncharacteristic of my normally reserved and timid demeanour, I decided it would be a fine idea to eyeball this impressive beast. I placed my fragile and, on that day, brainless skull also up against the glass, so I could peer directly into – yes, the eyes of the tiger. It was incredible, that nano-second when our pupils met – exhilarating, but chilling. As soon as I saw those pupils dilate, I knew I was in trouble. I realized this wasn’t the brightest move this unsophisticated Aussie bumpkin had ever made. Far from being benign about it all, the huge cat suddenly took umbrage, became affronted – perhaps he/she was responding to the call of the jungle and may have sensed potential dinner. The creature ferociously snarled, leapt to its feet, and loped back to the rear of its den. Then, to my complete horror, it charged – at me! It hit the glass with a resounding and mortifying WHUUUUUUUUUMP, seemingly, with full and not inconsiderable body weight.

I am eternally grateful that the powers to be at London Zoo had foretold that some day some idiot antipodean may, in a manner resembling my actions, infuriate their Bengali guests, and had made the intervening barrier between them and said idiot of a strength to withstand the best efforts of enraged massive furballs to get at their tormentors. It did its job, obviously.

And the effect on me? Well my synapses snapped into action and sent messages to my legs. Unfortunately they were quite confused and went something like this:-
Message One   –  Jump high in fright (useless in the situation).
Message Two   -  Backpedal (equally useless in the situation).
Message Three – Go weak at the knees (beyond useless in the situation)
All this overloading of my nervous system did was to cause me to freeze on the spot. Then my brain suddenly realised I was in no imminent danger of demise as the animal had bounced off the transparent wall. So my shell-shocked mind sent the instruction – ‘You have no need for all that adrenalin; go into recovery mode’. I started to shake like a leaf. It took me a while to regain my composure and go off in search of my travelling partner.

I know not if this event was witnessed and do not recall my wife being around – presumably she was somewhere else observing flamingoes, aardvarks, toucans or some such. But I’ll never forget the day I survived the tiger attack – and what is even more imprinted is that minute amount of time I peered into the depths of those eyes. So, if for that reason only, tigers go up to another dimension for me, on equal footing with eagles – but that’s another story.

Now Tessa, one day you may well read this tale of the foolishness of your Poppy S when he was a much younger man. Although that big striped beastie couldn’t shatter that glass barrier to get at him, I know that you, being of the tiger that you are, will never allow any barrier to stand in your way of getting where you want to be. Go Tiges !