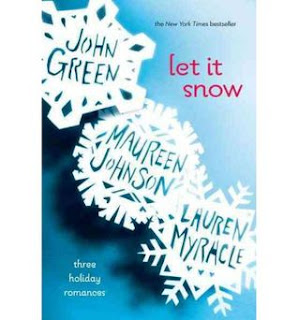 Christmas. I like Christmas – well, most aspects of it anyway. I like the giving. I know it’s over-commercialised as all get out, but I think – so what? I’m not into the religious aspect; I’m into the coming togetherness of it all. I ponder, ‘How lucky am I to have all these wonderful people around me – all this love in one room for those others who share my world?’ I enjoy sending cards, and receiving them, especially from those I hear from only at this time of year. I dislike the fact that it seems to start so early these days, and the music drives me spare. My hat goes off to all those sales persons subjected to those execrable tunes day after excruciating day – and it now all seems to start mid-November! There are a couple of exceptions, though, which I can bear to listen to over and over – the Pogues great anti-carol, Bill Nighy’s piss-take, and the one – the only one -  that does get me teary eyed  - Tim Minchin’s – especially after I’ve had a white wine or two in the sun. As for ‘Carols by Candlelight’ – just don’t go there! Cringeworthy dross!!!!

Being Tasmania, you can never guarantee the sunshine for the day itself, but when it happens, I do get all Tim Minchinish. I adore the stereotypical Aussie Yuletide – the glorious cold tucker finished off with Nanny or Laurel’s awesome trifles. Bliss on a stick!

In my memory, the Lane Street Christmases were best – whether it be first at 13, or later at 15. At these addresses the Lovell and Klein extended families would gather on the day itself, a day or two before, or both. Later the Gordon clan was added, and there were usually a few friends thrown into the mix. One memorable Christmas lunch Big Dave, from down the road, came along as well – uninvited. In his trademark bluey and stubby shorts, he was full of good cheer by eleven o’clock in the morning, and decided to do the rounds of the neighbourhood. He got to our place, felt our spread was the best he’d seen, so decided to plonk himself down to join us, much to the disgusted squawks from his affronted missus bellowing at him from her front door. I seem to remember a straw broom and a woodstack became involved in the mix too, but by that stage I’d had a few fizzy indulgences myself, and the memory is somewhat hazier.

Generally, I love just sitting back and watching it all unfold. It is unbridled joy seeing the faces of the little ones as they unwrap, there’s pleasure in tuning in and out of the ‘craic’ and,  of course, not having to worry so much about pacing the bevies.

Now though, I think Christmases are going to get a whole lot better. It’s because there’s two new special tiny imps involved – Tessa Tiger and Little Ford Man. The one just past was their first, and of course they were too young to get overly excited about it all, apart from the fascinating detritus of abundant wrapping paper. But as the world opens up to them, so will the attraction of this special time of year increase, and I for one can’t wait to see that all happen. Yes, I love Christmas.

But one day, and it will come far too quickly, Tessa and Brynner will be teenagers, and for a period of time there will be a window when family will be relegated in importance to mates, even during the festive season. It only lasts a while, but to all adults impinged it can be frustrating and unnerving. They do eventually come back to the fold, and it is during this period of estrangement that ‘Let It Snow’, with its three cleverly interlinked stories, takes place.

And snow it did during the course of the tales – a somewhat unknown phenomena in these parts at the festive stage of the year. Is it sacrilegious to state that I enjoyed the stories by the ladies, whom I’ve never previously encountered, to that of the normally god-like (when it comes to YA) John Green? His seemed to be the merely perfunctory, the more pedestrian – but Green, even at this level, is still better than many who claim kudos in the genre. Perhaps it was because his offering, bracketed by Johnson’s and Myracle’s (love that name), has a drippy lad as its protagonist, whereas the other two were blessed by beguiling lasses.

Gracetown is awash with teenage natives and blow-ins on the move, despite a Christmas Eve blizzard. We have the prerequisite falling in and out of love, lovelorn angst, and lovely happy ever-afters - after all the loose ends are resolved with the final congregation of characters in Myracle’s finale, ‘The Patron Saint of Pigs’. I liked the notion of a young lady’s parents being nabbed for creating a fracas in a sale for ultra-kitsch collectibles in the opening yarn; almost as much as I liked said young lady’s name – Jubilee. This event caused her train escape from Noah, another dodgy male, into the arms of Gracestonian Stuart, a far more worthy beau. There’s more to Johnson’s effort than this, but if I had to choose, this was the pick of the bunch. Green’s centerpiece focused, somewhat laboriously, on a short dash by some pals to rendezvous with a ‘voluptitude’ - I think I’ve just invented a new collective noun - of out of town cheerleaders at the local Waffle House. It is a dash beset by problems caused by climate and over-sexed college-types. The doofus main lad also couldn’t identify love when it was right under his nose, so to speak. Some beastie called a teacup pig – yes they do exist (I googled) – features in the final fable as our endearingly ditzy lead over-reacts to her own discretion and tosses away love, only to attempt to retrieve it, with a little help from her friends.

Ahhhhhh yes, it is all so satisfactorily such light fluff; soufflé thin on all literary bases, but in its ‘niceness’, its just so warm and comfy too. It’s just right for snuggling up under a doona on a frosty Christmas Eve – or for sitting on a porch, chilled wine in hand, waiting for your dad, Dowunder.

Tim Minchin's paen to Christmas  =  http://www.youtube.com/watch?v=fCNvZqpa-7Q
Posted by Unknown at 16:06